Where are they now? - Columban Centenary - Fr Brian Gore 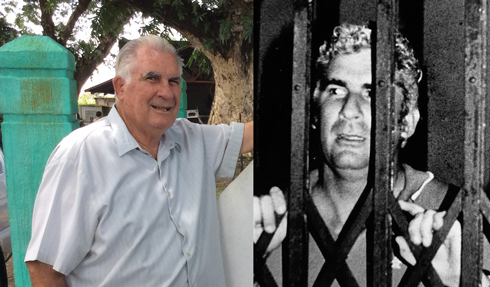 Today Fr Brian Gore lives in Bantollinao in the Philippines, in the mountains of Negros Occidental where he is working with the Negros Nine Human Development Foundation (NNHDF).

The Negros Nine were three priests, including Fr Brian Gore, and six lay workers who were imprisoned in 1983 during the Marcos regime and sentenced to death on trumped up murder charges.

The NNHDF Inc. was set up in the year of the Great Jubilee (2000) to continue the work of total human development started in the dark years of the Marcos dictatorship and in the memory of all those who suffered and died in the course of justice. Their struggle will not be in vain, they will not be forgotten.

Read more about the work of Fr Brian Gore: www.negrosnine.com

This was the headline in the April edition of 1983 The Far East magazine that featured Fr Brian Gore behind bars in prison in the Philippines on charges of inciting rebellion, illegal possession of arms and ammunition, and the murder of a local mayor. The trial dominated world headlines for over two years until their case was dismissed due to lack of evidence in 1984.