Where are they now? Columban Centenary - Fr Chris Baker 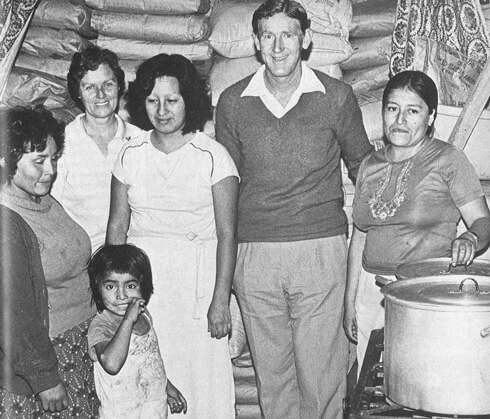 Fr Chris Baker amongst the people of Peru, 1982.

Christopher (Chris) was born on March 14, 1928 in Brighton, Victoria, Australia, while the family lived in Tatura. He was the fourth child in a family of eight, four brothers and three sisters. Two of his brothers, Leo and Pat are also Columban Priests.

Chris was educated at Toolamba West and Lemnos State Schools, then Shepparton Parish School, followed by another four years in Cobden State School. After a year at Camperdown High School, he completed two years at St Patrick’s CBC Ballarat. In 1944 he joined Leo for a year together in St Columbans, Essendon, then later for two years at the diocesan Corpus Christi College, Werribee.

On September 23, 1950 with special permission at the age of 22, Chris was ordained by Archbishop Daniel Mannix in St Patrick’s Cathedral Melbourne. He was sent to Rome in time to be in St Peter's Basilica as Pope Pius XII defined the Assumption on November 1, 1950.

For the next five years Chris studied in Rome taking a doctorate in Theology and receiving a Licence in Sacred Scripture. Mid-1955 Chris was appointed to teach Scripture in the Columban seminary at Wahroonga, NSW, then at Turramurra, until 1976. He was appointed Rector of that Seminary from 1961 to 1966. 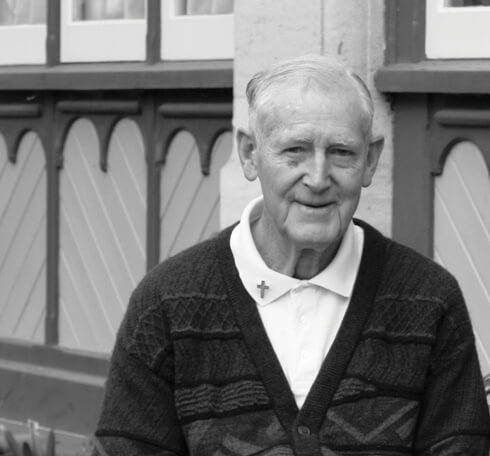 Appointed to Peru in 1977, he learnt Spanish in Bolivia, then spent eleven years in Condevilla parish (Lima) - now three parishes. For two years he also lectured at the Lima Pontifical and Civil Faculty of Theology before being appointed to Ireland as editor of the Columban in-house Magazine ‘Intercom.’ He also published his major book 'Covenant and Liberation'.

Returning to Peru in 1999 Chris assisted in the formation of Columban Students and Columban Lay Missionaries in addition to pastoral duties. He also helped to establish the Association for People with Special Abilities (ASPHAD) Centre.

In July this year, Chris returned to the Columban House in Essendon where he plans to catch up with family and friends during his retirement.

Listen to Where are they now? Columban Centenary - Fr Chris Baker