Where are they now? Columban Centenary - Fr Frank Ferrie 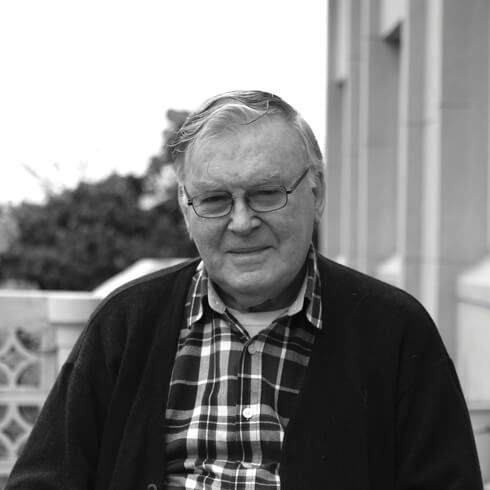 1955 and 1978 were big years for the Columbans in Australia/New Zealand. In both these years the number of ordinations reached a high of nine. In 1955 three New Zealanders and six Australians were ordained. One of the nine Columbans was Fr Frank Ferrie, who after 63 years is still stationed on the island of Jeju, South Korea.

Although born in rural Victoria, Frank Ferrie grew up in the shadows of the Columban house in Essendon, attending three local Catholic schools, St Teresa’s and St Monica’s Primary and then St Bernard’s College and finally St Patrick’s, Ballarat, to polish up his Latin. After studies and formation in the Columban seminaries in Essendon and Wahroonga, Frank was ordained by Archbishop Justin Simmonds in St Patrick’s Cathedral in December, 1955.

In October of the following year, Frank sailed with two of his classmates to Korea and began the study of the Korean language. After six months he was appointed curate to the parish of Kangnung on the east coast of Korea and then he was appointed pastor of the new parish of Jongseon in the mountains, the first of several parishes that he served in the Diocese of Chuncheon over a period of 20 years. An innovation that Fr Frank introduced to his ministry from his Australian experience was the YCW movement. 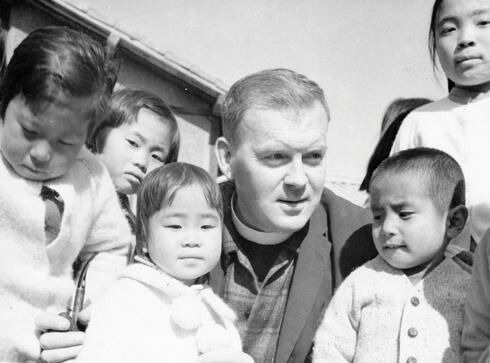 During the eighties, Fr Frank spent some years back in Australia as Bursar to the Columban seminary in North Turramurra and as Chaplain to the Korean Catholic Community in Sydney. On his return to Korea in 1985 he worked in a hill-top ministry in a very poor shanty area in Seoul before being re-appointed to regular parish work, this time on the island of Jeju, off the south coast of Korea. There Fr Frank was again pastor of a number of parishes for many years until his semi-retirement and appointment to the management of the Columban house in Jeju City where Columbans and others come for rest and recreation particularly during the summer months. While hosting these visitors, Fr Frank spends much time in a ministry to migrants and by helping out in parishes and convents all over the diocese.