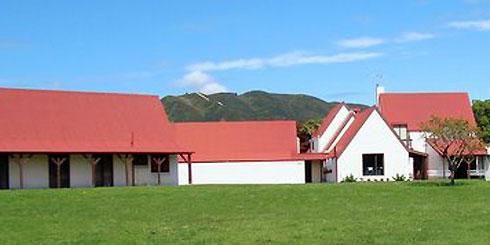 The St Columbans Mission Society's Office in Lower Hutt hosts the Mission Coordinator for New Zealand and is the administrative headquarters for New Zealand.

Fr Thomas Rouse SSC is the Mission Coordinator. He also holds the titles of Columban Vocations Coordinator and the Justice, Peace & Integrity of Creation (JPIC) Coordinator for the region of New Zealand.

Fr Thomas Rouse SSC - Mission Coordinator
In 2016, Fr Thomas celebrated his 40th Anniversary of ordination to the Columban priesthood and 40 years of missionary service to the people of Fiji, New Zealand and Australia. He first went to Fiji in 1976 and continued to work there until 1991, when he was appointed to return to the Columban Region of Australia and New Zealand. In Sydney he worked in the Columban seminary formation programme and as Chaplain for the Fijian Catholic Community.

In 1997, Fr Thomas completed a Masters of Literature Thesis on the topic, 'Developing a Method of Reading the Bible in Present Contexts of Mission and Applying that Method to the Issue of Vanua (Land) in Fiji'.

In 2004, Fr Thomas returned to work in Fiji, first as Assistant Parish Priest in the parish at Ba, then for two three-year terms as Columban Regional Director for Fiji, firstly in 2007 and then in 2010. Upon completion of his second term as Regional Director for Fiji, Fr Thomas undertook a six month Sabbatical Programme at the Catholic Theological Union in Chicago, USA.

In 2014, he returned to work in New Zealand, becoming the Columban Mission Coordinator for New Zealand.