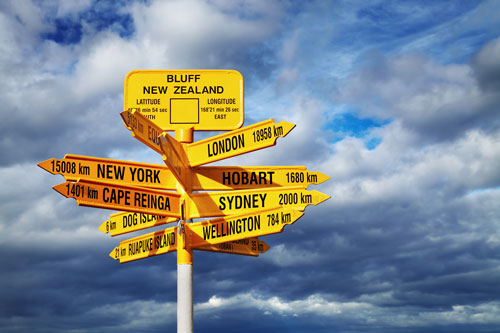 'Laudato Si' opens with a song and ends with two prayers – such an expressive way to frame an encyclical letter. The Canticle of St Francis of Assisi speaks of an intimacy and a connectedness with all of creation. Pope Francis then explores what his predecessors had to say about the environment so as to affirm a sense of continuity. But unlike his earlier exhortation on the Gospel of Joy which was directed towards the members of the Church, this letter is for all people throughout the world, for all who share this common home. In the spirit of dialogue, Pope Francis acknowledges the statements made by the Ecumenical Patriarch Bartholomew of the Eastern Orthodox Church who has consistently spoken about the need for humanity to repent of the damage being done to the environment. In this introduction, Pope Francis turns again to his saintly namesake and gives a modern spin to St Francis’ sense of communion with nature by speaking of it terms of “integral ecology”. This is what it means to fall in love, to burst into song and to be in communion with all of creation! He concludes his introduction by calling for “a new dialogue about how we are shaping the future of our planet.” (14).


While Pope Francis asserts that he is in continuity with his more recent papal predecessors, Laudato Si’ is also a departure from the norm. This is evident in the fact that chapter one has few references and most of those are to documents produced by various episcopal conferences around the world, a sign that Francis is putting collegiality into practice by his reliance upon fellow bishops for theological reflections regarding climate change and environmental degradation. But, even more so, he relies upon unnamed advisers. Here is a document, then, without precedence, for it is the work of one who would dare to gather together the analyses and reflections of diverse “scientists, philosophers, theologians and civic groups” (7) and present his own findings, of one who would have the nerve to say, “The earth, our home, is beginning to look more and more like an immense pile of filth” (21).

In the spirit of his saintly namesake, Pope Francis insists that a deep sense of intimacy with all of God’s creation not only gives rise to songs of praise but also enables us to feel the pain of a planet that is being irreparably damaged. To feel the pain is to be spurred into action. But it also helps to deepen our analyses to the point where we can hear “both the cry of the earth and the cry of the poor.” (49) It is indeed the poor and excluded peoples of our world who experience the consequences of living in a world that gives rise to a “throwaway culture” (20-22) and which encourages “extreme and selective consumerism on the part of some” (50).

In looking at “what is happening to our common home”, Pope Francis focuses on a few key issues – pollution and climate change, water, loss of biodiversity, the decline in the quality of life and the loss of social cohesion, global inequality, and the failure to adequately respond.

In the light of Francis’ analysis, what are the challenges we are facing here in Aotearoa-New Zealand?

First of all, it is embarrassing to note that in preparation for the Paris negotiations on climate change this year, our government has committed itself to reduce our carbon emissions by 2050 to a mere 11 per cent of our 1990 levels! This is less than what our Prime Minister pledged in Copenhagen in 2009 and it is far less than the targets set by Europe, Canada and the United States.

Secondly, aware of our dismal historical record in the area of conservation, 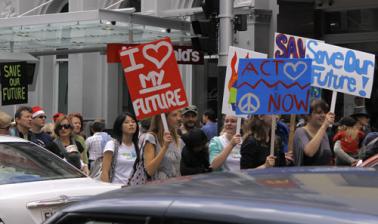 we have desperately sought to establish sanctuaries in our effort to preserve our native flora and fauna.

Thirdly, we have become more sensitive to and are learning what it means for Maori to have a deep attachment to the land as the Tangata Whenua, the people of this land.

A disturbing feature of our society, however, is the increasing inequality. Since the 80s, the income of the top one per cent has more than doubled while that of the bottom 10% is now lower than it was then. Back then, the top 10 per cent earnt five times the amount earnt by the bottom 10%. Now the top 10% earn eight times more than the bottom 10%.

Have we the nerve to face up to the disturbing realities of our own society, in the spirit of Pope Francis, and seek to address in more effective ways, not only the issues of conservation but also our responsibilities for the health of our common global home, our planet, and rights of all New Zealanders to enjoy the abundant fruits of this land in way that shows respect and a real sense of compassion for the land?