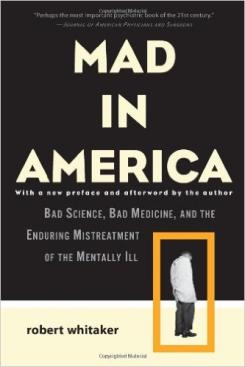 A couple of years ago I read a horror story. Sadly this was not a novel but a serious study of the enduring mistreatment of the mentally ill called “Mad in America” by Robert Whitaker. Back in 1978-79 I spent a year doing a chaplaincy training program at Worcester State Hospital, one of the oldest mental hospitals in the USA. In that year I met some truly wonderful people who were working in the area of mental health. I also encountered many of the struggles of those who were clients of a flawed mental health system. I had often wondered how things had developed since the 70s which is what drew me to this book.

What really caught my attention was a chapter entitled “The story we told ourselves”.  The book documents how new forms of treatment like electric shock treatment, lobotomy and the use of antipsychotic drugs were initially greeted as significant breakthroughs that gave hope for the mentally ill. These “cures” were written up very positively in the public media. People told themselves that these treatments were safe and effective.

Meanwhile, as the author documents, significant issues about how effective these forms of treatment were as well as concerns about a number of very severe side effects were emerging. So the basic story about these treatments being safe and effective remained unchanged. Those who could tell a different story i.e. the people on the receiving end of these treatments were often not consulted or not taken seriously.

So I find myself thinking about the stories we tell ourselves. We like good news stories and want to believe them. We can be tempted to give them more credibility than is due or we avoid subjecting them to critical examination. There is, on the other hand, a natural resistance to challenging and inconvenient truths. We have various mechanisms to screen out what we don’t really want to know such as denial. Another tactic is to attack the messenger. Even when the message is generally accepted as true. It is common to label people who tell a different story as cranks, crackpots or scaremongers. The doubt created by this labelling means that the stories we tell ourselves remain unchanged and things that need changing can go unchallenged. 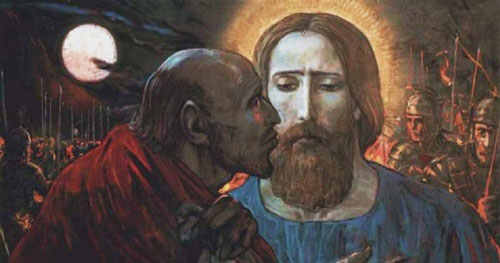 We speak of the Gospel as good news and indeed it is. Yet is clear that Jesus was very open and honest with his disciples about the challenges and struggles that lay in store for those who would seek to live by the gospel. They would be like sheep in the midst of wolves. Those called him "the friend of tax collectors and sinners", "a blasphemer", "a man in league with the prince of devils’ in order to create doubt in the minds of those who were drawn to him."

The Gospels document the struggles the disciples had to let go of the stories they told themselves about a Messiah who would give them victory over the invading Romans and bring peace and prosperity back to the land of Israel. Harbouring dreams of places of honour in the new world to come, they resisted the image of Jesus as the suffering servant arguing instead about which of them was the greatest.

The denial is clear in St Peter’s words to Jesus when he announces that he will suffer and die “this must not happen to you” (Matt 16:22). They eventually learned to tell a story that was closer to the truth and amazingly found that it was good news. The suffering of the mentally ill was intensified because people told themselves they were being treated in ways that were safe and effective. As a result the mistreatment was allowed to continue unchanged and often unchallenged. We really do need to pay attention to all the stories we tell ourselves as they have huge social consequences.