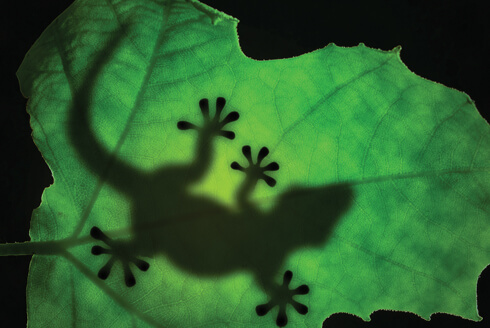 Recently there have been ads on TV in New Zealand for a program hosted by Will Smith which suggests that the strangest place in the universe is the planet we live on. This statement got me thinking about things I see happening on our planet that are not just strange but mad. There are many of these, so here are just a few. I am sure you have also noted other situations and happenings that seem strange to you.

In the Columban Mission office our staff get concerned unless they can account for every cent. So one day I read to them the following line from 'The Shadow World: Inside the Global Arms Trade', a book by Andrew Feinstein. In 2001 Insight magazine reported that the Deputy Inspector General at the Pentagon “admitted that $1.1 trillion was simply gone and no one can be sure of when, where and to whom the money went“. The book demonstrates that many strange things happen when vast amounts of money are involved and the amounts in the arms business are truly staggering. So also is the level of corruption that seems to go hand in hand with the granting of very large contracts.

This book also highlights how the easy availability of weapons made situations of conflict so much worse. What has and is happening especially in African countries like Angola, Rwanda, Democratic Republic of Congo, Sierra Leone, Liberia and Sudan but also in many other parts of the world is a litany of horrors. This book only deals with conventional weapons; chemical and nuclear weapons are another story. It is a window into a profoundly disturbing world where, among many strange happenings, one is that countries that sell arms have often found these same weapons used against them when circumstances change. A large proportion of the arms business is conducted by governments, which can mean they lack transparency as much of the information about them is hidden behind the screen of national security.

Speaking of screens that keep things hidden I was taken by a section in Fintan O’Toole’s book 'The Ship of Fools'. He uses the term “unknown knowns" adding this to Donald Rumford’s now famous reference to “known knowns, known unknowns and unknown unknowns”. He uses it to describe a strange process whereby many people in Ireland in the time of the Celtic tiger really knew what was going on but acted as if they did not. This double-think, allied to a tendency in various quarters to turn a blind eye and do nothing about the financial dealings that were happening during the boom, was a significant factor in the fall of the Celtic tiger. People who did raise questions were labelled as begrudgers whose negativity was holding back those wanting Ireland to be successful. The bottom line was that dubious dealings were screened from any real scrutiny until it was too late and the crash hit. The result is an ongoing tale of misery for many caused by the greed and stupidity of the few. Irish tax payers were left carrying a disproportionate share of the burden of debt. The rich getting richer while the poor get poorer is often the sad outcome of the way many things work in our world.

Then there is the selfie. Technology now allows us to turn the focus of a camera away from the world outside and back on self. Social media allows space for people to promote themselves, their interests and concerns. These are technological developments that help shape people’s lives. Much has been written about the characteristics of each generation - their strengths and weaknesses. There is much debate now about the so called “me” generation and the selfie as a symbol of it. I was reminded of what Martin Luther, following St Augustine, said about sin when he described it as “homo incurvatus in se” - humanity turned in on itself. This temptation is one that has faced every generation but some developments in today’s world might make that temptation harder to see and to resist.

Some people found Jesus and his teaching strange in the days when he walked on this planet. A few even considered him mad. But in our world his emphasis on peace and love, even of enemies, on the dignity of all people and not the special privileges of the few, plus his focus on going out in compassion to others, seems a great deal saner than what we often experience on this wonderful planet of ours.