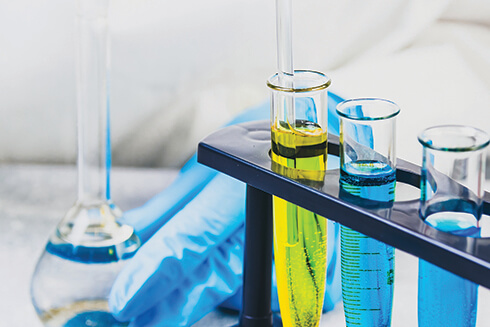 In September of 2017 our class celebrated 50 years since we first came to Dalgan Park to follow what we all believed at the time was a call to missionary priesthood in the Society of St Columban. There were many stories told and memories shared around all that happened especially in the first year we were together. That intense experience created a bond that is still strong 50 years on. Other stories were told of journeys that took us in different directions in the years that followed but which were still inspired by the original motivation that brought us to the Columbans and by the experience of “probation year”. The reunion was a joyful and uplifting experience. I also left pondering whether I had met a Prophet in the form of my classmate Enri.

Certainly he looks like my mental image of John the Baptist - a full beard, intense eyes and a frame that suggests he survives on the modern equivalent of locusts and wild honey which, in a way, he does as he has a number of interesting theories about healthy eating.

But it was Jeremiah from the Hebrew Scriptures that was most strongly evoked by meeting Enri again. Jeremiah was given a most difficult mission by God which was to tell the people something they did not want to hear. Unless they changed their ways and returned to living by the covenant that God had made with them they would lose everything that was most precious to them. Jeremiah, observing reality from the perspective of this covenant, could see that his people were suffering from “a grievous wound”. However the political and religious leaders had convinced people that “all was well”. Jeremiah’s protests to the contrary were viewed on the political level as treason and on the religious level as a failure of faith in God and God’s promises. Walter Brueggemann, Old Testament scholar and theologian, suggests that the task God gave to Jeremiah was to break through numbness and denial around what was really happening.

Enri’s message is also one that people do not want to hear. We have enjoyed the many benefits of living in an age of technological advancements, medical breakthroughs and developments that make life easier.

We don’t want to hear about the downsides of these things especially those that may be damaging our health and well-being - like the chemicals in many everyday products or the possible negative effects of the energy produced by new technologies.

Enri is also trying to break through denial and numbness around some of the wounding effects of our modern lifestyles and energise people about alternatives - like the herbal remedies familiar to our grandmothers and wise women from many cultures.

The difficulty of his task and the grief it brought to him is a major feature in the Book of Jeremiah. He feels deeply the anguish of always being a foreteller of doom. He laments the day he was born and the fact that he allowed himself to be “seduced” by God into this role. He speaks of himself as a laughing stock and the butt of jokes - which he was. It is a common strategy to ridicule what we do not believe or wish to accept. Enri, I imagine, is regarded by many as a crackpot, an eccentric or a nutcase - any name that will suggest we can avoid taking him seriously.

Enri shares another significant trait with Jeremiah namely persistence. Jeremiah listened to God who spoke to him persistently and he persistently and faithfully passed on that message to his people. We are told he kept doing this for at least 23 years despite the ridicule and the grief he got from people. Enri has been going on about the chemicals in various household products like toothpaste and shampoo since an experience in Japan in the 1970’s suggested that these chemicals were killing fish in a local stream. He still persists with this message more than 40 years later despite the ridicule and grief he gets even from his friends.

There is at least one significant difference between Jeremiah and Enri. It is very clear that Jeremiah operated out of a consciousness that the message he proclaimed came from God. ”Thus says the Lord” is a refrain that runs all though the book of Jeremiah. At one stage or maybe more often he “decided to forget about God and speak no more in his name”. However God’s word was like a fire in his heart that was impossible to resist. Enri makes no claim that his message is one coming from God. It arises out of his experience, his research and involvement in various issues but it too is like a fire in him that means he is committed to speaking his “inconvenient” truth however people respond to him.

Maybe I didn’t meet a Prophet but I was certainly reminded of a number of them. Meeting up again with Enri left me with a lot to ponder about my lifestyle and the things that effect health and well-being not only for myself and other people but for the earth itself. Is that not what Prophets are called to do?

Listen to "Reflection - I think I met a Prophet"