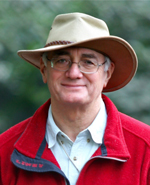 Many expats in Shanghai, who were involved in the Catholic communities, grew in their faith while in Shanghai. This fact may seem counter-intuitive. Shanghai is known as a city of tinsel and glitter, of sex and night-clubs, of money making and pollution. It is also a lot more than that. Shanghai is also the place where many have found God in a more intimate way.

Show All Matilde is French and her husband is Italian John is a convert to Catholicism; a Canadian married to a Chinese woman Re-energised in faith while working in Shanghai A first-class cricketer from NZ and his wifes' journey to a deeper faith A colourful faith journey of a Filipina married to a Welshman Mary embracing our pain and showing us the awaiting light A little miracle called Xiao Ai (or " Little Love") Into the unknown Warren Kinne - My Shanghai faith story I want to have a heart like that Many angels in my life from different nations Determination and love of my wife leading me to faith Acts of kindness from strangers My eyes were restrained like the two men on their road to Emmaus A dynamic life filled with God's love and generosity Faith tends to grow when we are out of our comfort zone

Faith tends to grow when we are out of our comfort zone Jun 21, 2018
It has been a blessing that I am able to witness the amazing work of other believers, in response to the suffering of others. My fellow believers said that they would have been more lukewarm in faith if they have remained in their comfort zones.
Read more

A dynamic life filled with God's love and generosity Jun 05, 2018
Mia is a Korean American married to a Chinese man and they have three children of whom one has very special needs
Read more

Acts of kindness from strangers May 04, 2018
To my great surprise the following morning I heard a knocking on my hotel door and was startled to see the same young man beckoning me to come with him. I followed him, sat on the back of his bicycle, and we went out to a remote bus station on the southern side of Beijing.
Read more

Determination and love of my wife leading me to faith May 04, 2018
‘There is no way I am going for this retreat’, I told my wife, ‘why would I want to go waste a whole weekend with a bunch of men I don’t know and to a place I never heard off?
Read more

Many angels in my life from different nations May 04, 2018
Father Warren is one of the founders of You Dao, and he invited me to join the team as an Executive Director. At first, I hesitated, but my husband encouraged me to take the challenge.
Read more

I want to have a heart like that May 04, 2018
My highlight every year was the Sheshan pilgrimage where we would pray the station of the cross all the way up the Sheshan mountain on one Saturday in May honouring our Lady of Sheshan.
Read more

Warren Kinne - My Shanghai faith story May 04, 2018
My belief is that there are “rumours of angels” all around us if we have the eyes to see. We can easily miss the moments when grace breaks through.
Read more

Into the unknown May 03, 2018
Later, when I worked in Hong Kong and waiting for a subway train, a young foreign girl once gave me a piece of paper with Jesus’ image on it. I still have this paper.
Read more

Mary embracing our pain and showing us the awaiting light May 03, 2018
Tears and prayers were channelled for God’s mercy on us. It was difficult to find a helping hand at that time. I remember pleading for an urgent appointment with the school principal to get financial aid.
Read more

A colourful faith journey of a Filipina married to a Welshman May 03, 2018
I feel so much the love and blessing of God. Shanghai is the great place where I met really great Catholic people. I trust in the Lord in every situation.
Read more

A first-class cricketer from NZ and his wifes' journey to a deeper faith May 03, 2018
One day, I asked one of our best Factory Managers, He Ju Ying, why she worked so long and hard. She stopped, looked at me quizzically for a little moment, and then said something I will never forget. “For my child”.
Read more

Re-energised in faith while working in Shanghai Apr 17, 2018
Later in the year, I saw an announcement in the church bulletin that a group of Catholics from the United States would come to Shanghai and conduct an Emmaus retreat for international parishioners one weekend in October.
Read more

John is a convert to Catholicism; a Canadian married to a Chinese woman Mar 26, 2018
If I didn't understand something, I asked and I studied and I prayed. By doing that I was ready to accept everything the Catholic Church taught, and I entered the Church at Easter 2012. I've never regretted that decision.
Read more

Matilde is French and her husband is Italian Mar 26, 2018
In 2012, I moved to Shanghai for work and I met my now-husband Alex. He is Italian and a Christian Catholic, and right from the beginning the way he lived his faith threw me off balance.
Read more 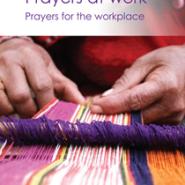