David Boyle was a first class cricketer in Christchurch and comes from a well known Catholic family. His now deceased uncle was a Bishop. 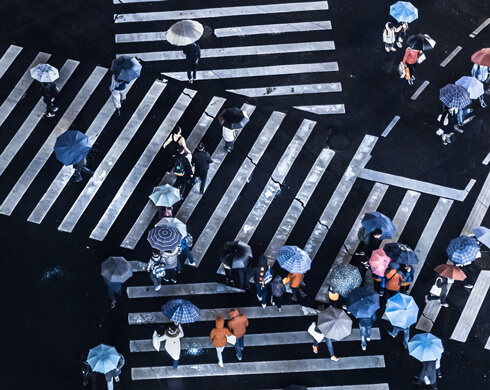 This morning at mass, a visiting priest commented about the gospel in the context of God’s plan for Mary, as not being the same as Mary’s own plan for herself when she was first betrothed to Joseph. In a similar way, God’s plan for me has been nothing like what I had planned for myself from the very first moment of coming to Shanghai in 1997. Now however, looking back, one can see God’s guiding hand in all the moments.

I arrived in Shanghai on October 27th, 1997, and met my future wife that very first day, at 3.00pm. Her first words to me were “What are you going to do?” Good question, I thought. I was running away from New Zealand, from a poor relationship, from a bad year at work, and to an extent from myself.

During 1997/98 in Shanghai, English mass each week was held at the church of the Good Shepherd. The parish was an eclectic mix of foreign accents, but there was a definite feeling of a strong faith community. Initially, I felt like a stranger at mass, but was drawn back to it every week, as it was an important time of peace, prayer, and reflection in an otherwise highly turbulent work environment.

When Jessica and I came back to China in 2002 the English speaking mass downtown had moved to St Peter’s. One Sunday, there was a familiar accent from the pulpit, and at mass’s end, I introduced myself to an Australian priest Fr Warren Kinne. A Columban, he was also teaching Philosophy at Fudan University, where coincidentally Jessica had also studied Philosophy. From my point of view, we ‘hit it off” straight away; we had the odd lunch after mass, and there followed his invitation to a dinner, to talk about the plight of migrant workers. I was then working in a large local manufacturing business in Fengxian, on the outskirts of Shanghai, and our two thousand workers had mostly migrated from central China to Shanghai. Something called me to get involved. I just wasn’t ready for all the extra work! However, a wonderful lawyer in our parish, Audrey Leung, undertook extensive research of the migrant plight in China, and attempting to follow her incredibly hard-working example, I made some stumbling efforts to lend a hand. Todd Flanagan was Headmaster at Yew Cheung international school in Pudong, and he also jumped into the fray, initiating a partnership programme with a small migrant school in Wu Qiao, a village near our factories.

Being involved with You Dao Foundation was a gift from above, especially during those years of working in the factories. I learnt more deeply about the realities of our workers’ lives and their children’s lives, visited their schools and their homes, and came to understand their problems, and the two tiered legal system under which they lived.  One day, I asked one of our best Factory Managers, He Ju Ying, why she worked so long and hard. She stopped, looked at me quizzically for a little moment, and then said something I will never forget. “For my child”.

Late in 2013, Jessica and I were in the throes of packing the house and preparing to head down under, when the opportunity presented itself to attend the Emmaus Retreat, which was being offered then to all English speaking churches in Shanghai. I signed up. More significantly, Jessica, a practising Buddhist, was also curious, and signed up to attend the ladies’ Emmaus Retreat, which was two weeks after the gents. For me, it was undoubtedly one of the best faith experiences of my then 13 years on Shanghai.

Then Jessica attended the ladies retreat two weeks later.  I was delighted to see a number of the women who were strong You Dao supporters at the church when I dropped her off, and knew she would be in good hands. Like me, she came back on the Sunday night, bubbling about her experience, and mystified at the many things she had learnt. One part of the retreat was to enter a room of chairs and tables, with a piece of scripture and accompanying picture occupying each seat, face downwards. Each person randomly chooses a position, and then turns over the paper to discover what they have chosen. Jessica had chosen the same piece of scripture as mine, “by chance.” The piece of scripture is from Isaiah, 49:5“And I am made glorious in the sight of the Lord, and God is now my strength”

This retreat for Jessica was a significant step in her journey to becoming a Catholic.  I believe her faith journey was ignited by my father, and then his brother Bishop Len, but the retreat ‘fanned the flames”. It is still a mystery to me how some of these events seemed to unfold so well; and I can only feel more strongly, that the guiding hand of the Lord was making straight the paths….