Acts of kindness from strangers

Oliver and his wife have three children of whom the eldest is 16 and for the moment they are back in England but they intend one day to return to China. 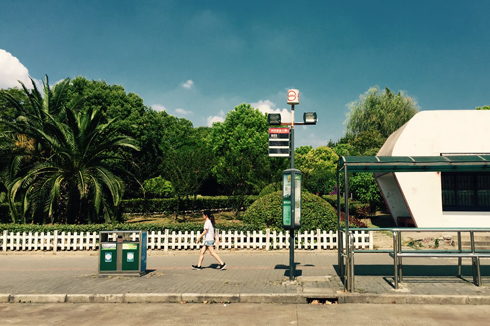 From the very moment that I landed at Beijing Capital Airport in March 1990, I felt as though I was being guided into the country. I distinctly remember arriving at a bus stop in the heart of Beijing bewildered, wondering how I was to find my way to an obscure, very low budget hotel in the south part of the city; a hotel where I had no reservation. As I stood at the bus station struggling to orientate myself on a map where my hotel was not clearly marked, a young man approached me to help me find my way. He kindly pointed me to a bus stop; waited for the bus to arrive; saw me onto the bus and waved goodbye. I thought that this would be the last time that we would see each other but it wasn’t to be. Some 40 minutes later I heard a knocking at the side of the bus, and to my astonishment, the young man appeared alongside riding on a bicycle directing me to get off the bus. He then directed me to a second bus stop; we waited for a bus to arrive; he saw me onto the bus, and we waved goodbye to each other. 20 minutes later I once more heard a knocking on the side of the bus, he drew alongside and directed me to alight. Once again, he took me to yet another bus stop and the same scenario repeated itself for the third time. When I reached the final bus stop, he was still following on his bicycle, and he then transported me on the back of his bicycle to my hotel. After checking in, he and I went out to have a simple supper, but neither of us could communicate with each other because neither of us knew how to speak the other’s language.

To my great surprise the following morning I heard a knocking on my hotel door and was startled to see the same young man beckoning me to come with him. I followed him, sat on the back of his bicycle, and we went out to a remote bus station on the southern side of Beijing. Again I didn’t know what to expect and had no idea of the direction or the purpose in mind, yet I never felt frightened. This was at a time when there was deep suspicion and curiosity of foreign people. We boarded a battered country bus and went out into the countryside in Hebei province and spent the day in his village. It turned out to be a wonderful spring day where I was made the centre of attention by simple country folk and made to feel completely at home. Knock and the door will be opened…
I returned to China the following year in 1991 and in 1993, and each month-long visit was filled with similar acts of kindness and an overriding sense that I was in the right place.

I prayed continually each time I returned to the UK about how I was to find my way to living and working in China. During the early part of 1994 I turned to my employer with a thin and very flimsy business plan that the company should establish a representative office in China to explore business opportunities, and that the prerequisite for the business’ success was that I, as the company’s local representative must study Mandarin full-time for two years in order to build a successful local business with local understanding. To my amazement, the business plan was accepted.

At the Beijing Foreign Language Institute and at Fudan University I met students from all over the world and many of them, especially those from Africa, had a deep Christian faith. It was a spiritually enriching time, and I learnt a great deal from them and even more about the world and how very different it was to the world I understood as an Englishman. It was during my second year at university that I met my wife and I knew within little less than a week that I wanted to marry her. We married in 1999 and to this day I have but one regret; that we didn’t marry three years earlier. My wife is not a Catholic, yet has always been supportive and understanding of my faith. Could I ask for or deserve more?Throughout my working life in China, I have been supported by local people who have shown me great care, loyalty and kindness.

My wife and I always knew that there would eventually be a time when the family would go to the United Kingdom so that our children could complete their education in a country that also forms an integral part of my being. We are now back in England, but I know too that at some point in time that my wife and I will return to China or at least my children will, and there will be a purpose behind it. That is sufficient for me.