Determination and love of my wife leading me to faith

Mark is a Singaporean Chinese now back home after a stint in China with his wife and daughter. 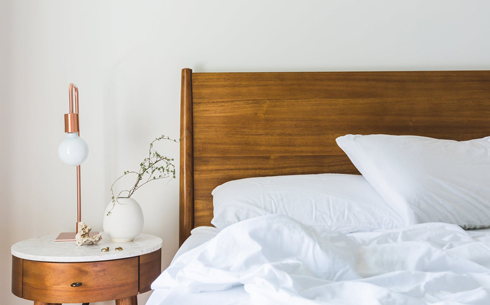 My faith journey is inextricably linked to my wife’s. It is through her faith, her prompting and her strength that I began to grow in my own faith. Seeing her grow spiritually, watching her struggles and finally experiencing her strength and trust in our Lord, all this helped me tremendously. Admittedly, even with her example, I was still rather lukewarm, a Sunday Christian. I’d go for mass on Sundays, but my mind would wander day-dreaming of what we would be having for lunch, thinking about work or how I would rather be home on my laptop.

In 2012, my company decided to transfer me to Shanghai. One of the first things we did was to find a church, this time we settled on St Peter’s. In no time we got into our comfortable routine again, and things went back to normal.

My wife began volunteering in the church, she taught the ‘Children’s Liturgy’ class and became a Eucharistic Minister. She volunteered to teach Sunday school and also became a Eucharistic Minister. I, on the other hand, was happy to come earlier with her on Sundays so I could head to the Costa Coffee next door for a leisurely breakfast. Life followed a comfortable routine; everything was status quo.

It was early 2013 when we first heard about the Emmaus retreat for men; I was handed a leaflet after mass at St Peter’s. I promptly crumpled up the flyer and tossed it in the bin. That evening as I was about to get into bed I saw, lying right in the middle of my pillow, an Emmaus retreat flyer. I looked over at my wife and simply said no. So, every night went I went to bed there would be an Emmaus retreat flyer lying on my pillow, and every night I would tell her no. But as it went on, there was a thought in the back of my head, that I just might be saying no to Jesus, I began to feel guilty.

Well, the opportunity to attend the Emmaus retreat came and went, much to my relief. I was glad I didn’t have to deal with that anymore and the growing sense of guilt. Months passed, and life was as it should be, comfortable and routine.

It was in the late autumn of 2013 and late in the evening, I headed up to the bedroom about to climb into bed, lying in the middle of my pillow was a leaflet for another Emmaus retreat for men… ‘There is no way I am going for this retreat’, I told my wife, ‘why would I want to go waste a whole weekend with a bunch of men I don’t know and to a place I never heard off?’ She didn’t say much, but immediately I felt a sense of guilt again. I knew I had to do something or this feeling of guilt would never go away, and my wife would never stop leaving leaflets on my pillow… so I signed up for the retreat.

I went to the retreat with no expectations. I was expecting the worse. For me, the Emmaus retreat started off with indifference, but over the course of that weekend, my indifference was washed away as my eyes were opened. That Emmaus weekend was the first time I truly felt the presence of Jesus in my life, I felt like one of the disciples who was walking on the road to Emmaus suddenly to be joined by a stranger who starts journeying with us, starts talking to us and finally allowing us to realize and see that he was Jesus all along.

I left the retreat with my heart burning inside me.

My family and I left Shanghai at the beginning of 2015, coming back home to Singapore. I look back at those two and a half years in Shanghai, and my heart still burns within me.