'The Ghosts of Jeju' wins award

The Ghosts of Jeju has won the Exposé Award at this year’s Peace on Earth Film Festival (POEFF) in Chicago. The POEFF Exposé Award recognizes the achievement of filmmakers in short and feature length whose film exposes significant and life-altering issues that have been given little attention or notice in the world. 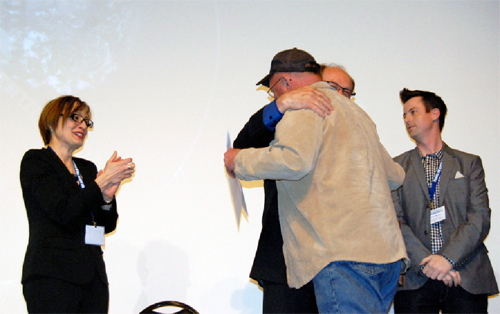 The Ghosts of Jeju is a shocking 80-minute feature documentary that captures the struggle of the people of Jeju Island in South Korea. Set in the context of the American presence in Korea after World War II, the film reveals the horrible atrocities at the hands of the U.S. Military Government of Korea. 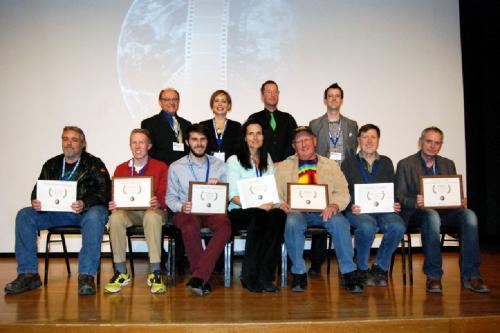 Using previously secret and classified photos, film and documents, this will be the first English-language documentary about the struggle of the brave people of Gangjeong Village who are opposing the military advance of the United States, just as their parents and relatives did in 1947. As then, they are being arrested, jailed, fined, and hospitalized for resisting the construction of a massive naval base that will accommodate America's "pivot to Asia," and will destroy their 400 year old village and their UNESCO protected environment.

'The Ghosts of Jeju' is directed by Regis Tremblay.

Joyakgol, a peace activist from Gangjeong Village was in attendance at the awards ceremony with Columban Fr Pat Cunningham. Joyakgol performed on guitar at the reception for the filmmakers. “Everyone was singing, clapping, and dancing… it was an amazing and overwhelming experience,” said Fr Pat. 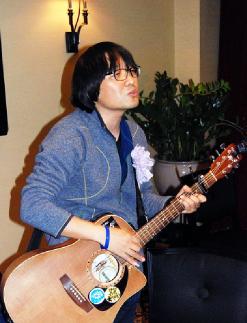 The people of the festival and filmmakers thanked both Joyakgol and Columban Fr Pat at the awards ceremony. The other films nominated were magnificent and also deserving but the voices of Jeju Island took the honours this year.

The Ghosts of Jeju was sponsored and supported by the Columban Justice, Peace and Integrity of Creation (JPIC) team. The documentary credits Columban missionaries and thanks them for their support.

This news is indeed a welcome boost to Gangjeong and the wider peace community. The Columban JPIC team in Korea also helped sponsor Joyakgol’s trip to the festival in Chicago. He will join filmmaker/director, Regis Tremblay on his west coast tour where further screenings will take place. The Peace on Earth Film Festival was held in Chicago, on March 6th – 9th this year and is a not-for-profit festival established to celebrate and encourage the work of independent filmmakers from around the globe on the themes of peace, nonviolence, social justice and an eco-balanced world. 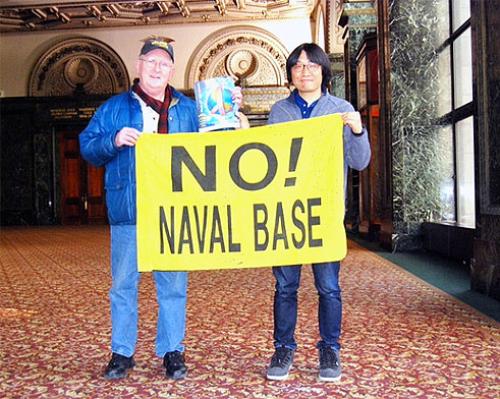