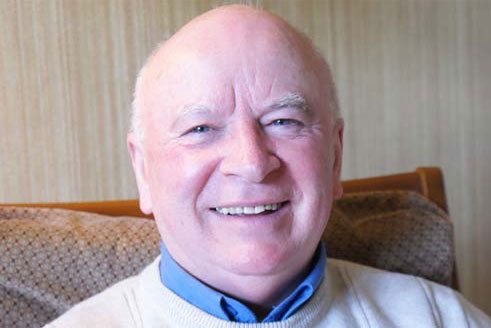 Jim Fleming was the keynote speaker recently at the AGM of Solihull Welcome, a charity that cares for asylum seekers and where Jim volunteers on Wednesdays and Fridays. The AGM was attended by the local Mayor and MP, local representatives of different churches and other volunteers.

In a recent presentation at a charity event in Solihull, UK, Columban Fr Jim Fleming shared his experiences of engaging with the asylum seekers who come to the Home Office building called Sandford House, as well as the drop-in centre nearby run by Solihull Welcome, an ecumenical venture of 23 local churches.

The drop-in centre is a place of great surprises as one never knows who will come through the doors, what their situation is or how our encounter with them will go. Most importantly they are truly Jesus in the guise of strangers, people whom we are biblically enjoined to care for: Lev 19 -‘Be good to strangers for you yourselves were once strangers in the land of Egypt’; Mt 25 - ‘I was a stranger and you welcomed me’; Heb 13 - ‘Show hospitality to strangers for in doing so some have entertained angels without knowing it’. 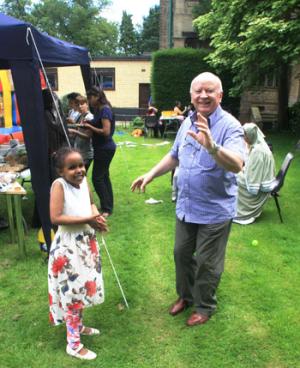 Accompanying asylum seekers means wearing different hats in different circumstances - but always offering them a listening ear and undivided attention as well as being compassionate and empathetic with them. What matters, ultimately, is how we are present to them and not what we do for them. What never ceases to amaze is the level of trust asylum seekers place in our volunteers, sometimes relating their entire story of misery on their first visit to the centre. It might be somebody who has fled from homophobic Uganda or from war in Syria or Yemen or from conscription in Eritrea or from the caste system in India or from a forced marriage in Pakistan. All are treated with respect and dignity and are offered hospitality and friendship and a place of rest.

Most asylum seekers are people of faith and like to talk about faith matters, thereby giving us an opportunity to enter into dialogue with them. This has to be done in a non-threatening way without any semblance of proselytising but always respecting their faith sharing while at the same time being proud to share our own faith as well.

Most asylum seekers are poor and they have been cast to the side of the road and marginalised. We need to facilitate their return to the centre and allow ourselves to be touched by their plight, to disturb us and open us to their experience of poverty, deprivation and war. There is so much we can learn from them - about living simply so that others can simply live, about being grateful for what we’ve already been given and about what violence and war does to the poor of the world.