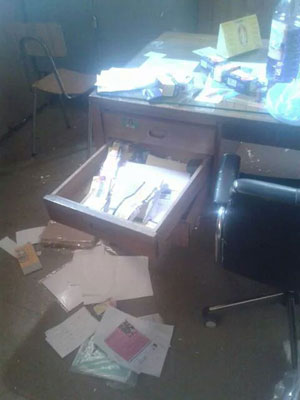 I am Columban Fr. William Lee, and I have been the parish priest of San Matias for seven years. Robberies are nothing new here. Since I arrived into the parish it has been part of the routine of people who look for items in the chapels and sell them either for drugs or survival.

San Matias is one of the poor areas where all sorts of life is lived. There are 80,000-90,000 people who lives in the parish boundary, and we have nine chapels or nine communities with in the parish.

The ongoing robberies have caused us a lot of worries not only because valuable items are stolen but also because of the damage done to the buildings. Apart from the chapel robberies, our parish office had been robbed many times with the latest in February 2015. They stole our printing machine and computer. Our parish office has been robbed three times since 2014, and we had been replacing our computer and printers after each robbery. We spent some money last year to improve our office security, but it isn’t effective against gangs of robbers.

The recent robbery in March was at 6pm, and some people who live beside the main chapel informed me it was in progress. I ran straight away to the main chapel and heard the robber inside trying to take stuff away. Well I approached him and also tried to lock him down which I did and our secretary was with me, she called the police, but as always the police response to our poor area is always delayed or very late arriving. Anyway I wrote a letter to our Vicar general Father Mike Hoban who is a Columban, expressing my worries about the robberies. I also directed the same letter to the police department and also to the municipality. 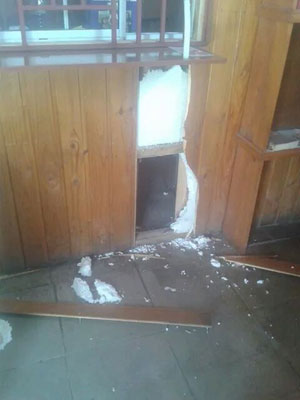 It’s sickening and tiring to see the robberies going on every year, but we and the people are always trying our best to put better protections in place.