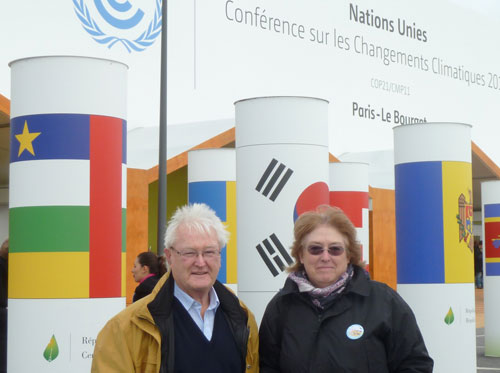 The Paris Agreement to counter Global Warming was announced by 196 nations on 12th December 2015.  Its language has changed from merely limiting a global average temperature rise to 2°C degrees by setting a 1.5°C  ambition. I am sure God smiled.

Addressing about 400 mainly Christians gathered at the hall of the Basilica of Saint-Denis Cardinal Hummes of Brazil delivered a strong statement on the integral link between faith in God and human action to address the challenge of climate change. He quoted liberally from Pope Francis on the need to love and care for the earth as our common home. His encyclical Laudato Si’ has been a game changer.

Significantly he gave voice to the combined call by faith based and NGO groups from over 90 countries for actions to limit global average temperature 1.5°C . This ambition has mainly developed in Third World countries which are already experiencing the impact on their lives of Global Warming. The island homes of many peoples in the Pacific and Indian Oceans are being made uninhabitable by just a small rise in sea levels. Huge river delta populations from Vietnam to Nigeria are under threat by flooding from the sea, fearful for their children and growing angry. 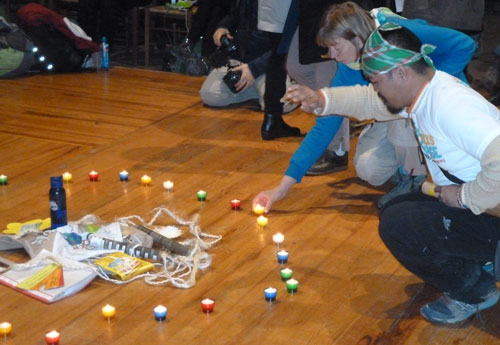 The People’s Call to World Leaders to limit the rise in the global average temperature to 1.5°C did not come out of nowhere. The People’s Call was organised. Since Easter this year multiple ‘People’s Pilgrimages’ have left Ecuador, Vietnam, the Philippines, Pakistan, Africa, Canada, the United States, England and many counties in mainland Europe headed for Paris to make their voice heard.

A petition for climate justice signed by 1,780,528 people in a few months was handed to Christina Figueres, Executive Secretary of the United Nations Framework Convention on Climate Change by Anglican Archbishop Thabo Mahgoda from Cape Town South Africa. She wept. In her response she elaborated on the four letters on the word WALK – eliminate Waste in human consumption patterns; Affirm that action must be taken; Love the planet and all who live on it; Know what scientists are saying about climate impacts if humanity does nothing.

Faith based groups have helped change the conversation about the Climate Challenge. The new emphasis in the teaching of local bishops has been important and the Australian bishops’ Catholic Earthcare Australia was cited with praise. The Global Catholic Climate Movement (GCCM) has pulled together groups from many languages. It was started just last January by young social media savy Catholics. Their ease with the power of the media was apparent as they cut across old established lines. Disparate groups including Franciscan, Jesuit, Caritas, Columban and others met in Paris with common cause at GCCM’s invitation. 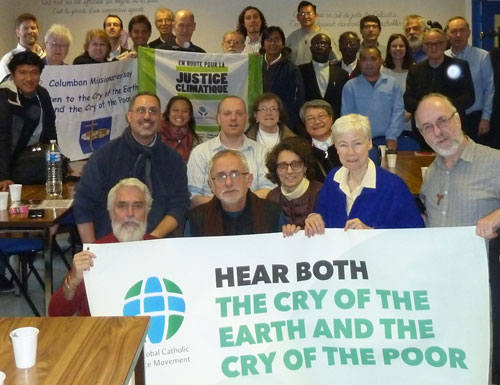 In cooperation with NGOs and ordinary citizens, faith groups took their People’s Call to World Leaders to the COP21 meetings, information and prayer meetings, and took part in street displays. One display was to join hands along several kilometres in prayer while holding high the placards they had brought from their local communities worldwide. A strong police presence was respectful and could easily distinguish this multitude from the mere trouble makers. Many gathered at COP21 to hear the stories of tribal people about how their forest livelihoods and cultures are being changed by the impacts of Global Warming.

The powerful place of prayer and fasting around the climate challenge was apparent in Paris. The Pope’s call was heard loud and clear at an ecumenical service was led in Notre Dame Cathedral by the Cardinal Vingt-Trois of Paris. The need for an ongoing Catholic response was recognised at a GCCM meeting as it cited Columban Sean McDonagh’s call for a three year Synod on the environment and celebration of a September Season of Creation in the church’s liturgical year. COP21 Paris showed that people of faith who love Earth as our common home can be a powerful force for good. 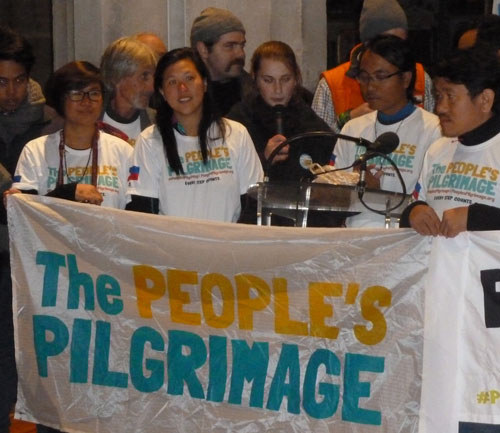 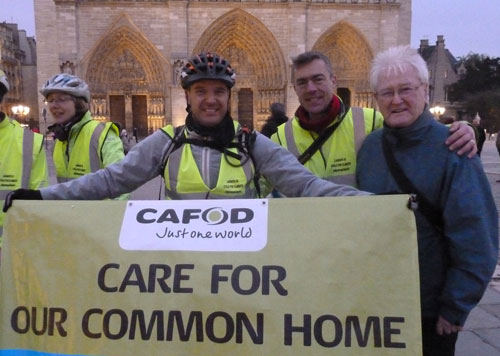 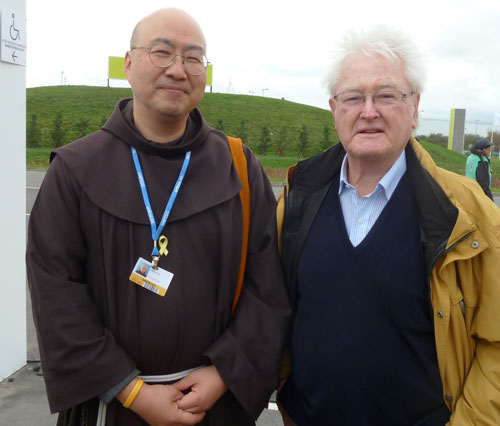 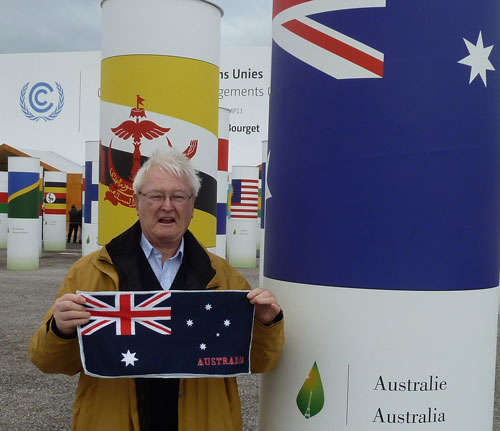 Fr Charles Rue SSC is a member of the Centre for Peace Ecology & Justice at the Columban Mission Institute in Sydney, Australia.