Pilgrimages are at the heart of major religions 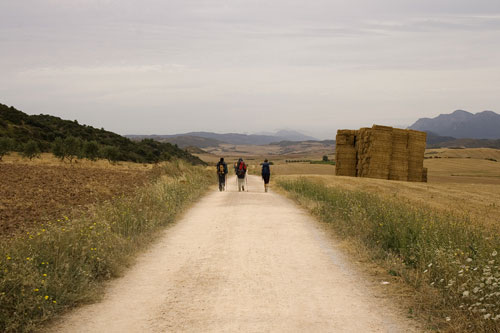 Father Patrick McInerney, lecturer in Arabic and Islamics at the Catholic Institute of Sydney, walked the Camino for 50 days last year and felt a huge sense of achievement at the end of his 1000-kilometre journey.

Having spent much of his adult life living in major cities across the globe, he relished the sustained immersion in nature which the route provides. "The peace and tranquillity struck me, there's no rush and plenty of time to enjoy. The Camino is not a race," he muses. "Another striking aspect was the simplicity. There was nothing to do but put one foot in front of the other and walk. Also, because you had to carry your supplies, you reduce any excess baggage. Throughout our lives, we carry emotional baggage and this was a chance to peel away at that too."

The Christian philosophy behind the pilgrimage, explains Father McInerney, is that we are all pilgrims. "We come from God, and we return to God, so our lives are a pilgrim's journey. In different Christian traditions, different places became sacred."

Read full article: Pilgrimages are at the heart of major religion

Read about St Columban's recent pilgrimage: In the footsteps of St Columbans