The Ireland that produced St Columban 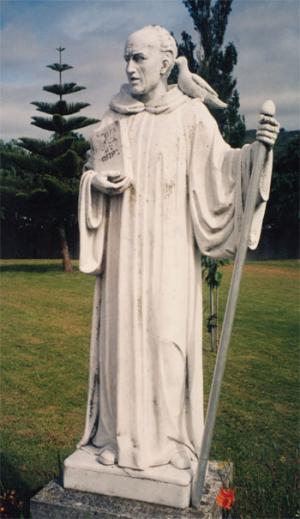 As part of the Jubilee Year celebrations to mark the 1400th of the death of St Columban in 615A.D. The Far East will be publishing a series of articles on St Columban's life.

Columban was born into a wealthy farmer’s family in the south-east of Ireland around the year 540A.D. When his mother was pregnant with him, according to his biographer Jonas, she had a vision of a glittering sun rising from her breast and lighting up the world. Columban had a tutor to teach him Latin (probably from the book of the psalms).

The handsome young Columban was later advised by a woman hermit to flee from temptation. Columban’s mother pleaded with him not to leave home and threw herself across the door way. In the first great mortification of his life Columban begged her not to grieve, stepped across her body and journeyed to the monastery of Cleenish in the North of Ireland.

What was the social and cultural background to this dramatic incident?

Ireland is shaped like a saucer with mountains around the coast and lowlands in the centre of the island. Rain which falls all the year round had in sixth century Ireland favored extensive forests broken up by rivers, lakes and squelchy brown bogs. The forests were home to wild animals like deer, pigs, foxes and wolves. They were also a refuge for outlaws, robbers, the mentally disturbed and people who were excommunicated from the community. Travel within the country was very difficult.

A king ruled the households within a small territory (tuath). Society was hierarchical with warrior nobles at the top; craftsmen, learned men, metalworkers, medicine men, and musicians in the middle strata and manual workers, herdsmen, servants and bondswomen at the bottom level.

The pagan Irish were animist in religion. They believed in the spirits of rivers, trees and wells. They also had a fascination with the sun. Their main feasts were in May, August, and November and the pagan priests or druids were very influential.

There were no towns or villages. Extended families usually lived in isolated farmsteads beside rivers or lakes, in clearings or on hilltops. They were protected from enemies and wild animals by ditches and high circular embankments. Inside these forts were timber houses with walls of reeds daubed with clay and with thatched roofs.
The clay floors had straw or animal skins for beds and a fire with which to cook and warm the house. In the dark nights people gathered around the fire to listen to stories, genealogies and songs.

The people wore clothes made of sheep's wool or animal skins. They ate a kind of porridge, bread, vegetables, fish, fowl and cooked or salted meat. A man who owned cattle was wealthy because cattle were the units of currency, the price of slaves and fines for wrong-doing. Cattle were also the spoils of raids and battles.

People had little choice in life up to the fifth century A.D. But then Christianity was probably introduced to small communities around the coast by traders from Britain. In 431A.D. Pope Celestine ordained a bishop named Paladius and sent him to pastor the Christians in Ireland. Columban reminded Pope Gregory of this in a letter, 80 years later, to show the direct connection between Irish Christians and the successors of St Peter in Rome.

Around 432A.D. a bishop named Patrick, who had earlier spent six years in slavery in the north of Ireland, arrived to spread the Gospel among the pagan Irish. He worked mainly in the northern half of Ireland, making Armagh his base and centre.

He tells us in his Confession that he baptized thousands, ordained clerics everywhere, gave presents to kings, was put in irons, journeyed everywhere in many dangers and rejoiced to see the flock of the Lord in Ireland grow splendidly and the children of kings becoming monks and virgins of Christ. The Irish had an oral culture and spoke old Irish language.

As they learned to read and write Latin their inner world and imagination was broadened immensely by familiarity with the Bible, with pagan Roman authors and with writings of European monks such as John Cassian. 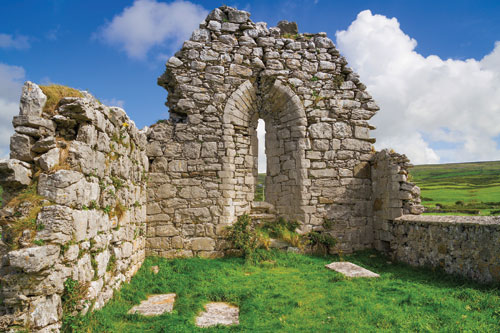 St Patrick introduced monasticism to the Irish. It is amazing how quickly this way of living an intense Christian life became dominant in Ireland. The monasteries were built on the model of the family homesteads with a wall around the monastery separating the monks from the outside world they had left. The monks constituted a spiritual family with their abbot as the king. Obedience and respect for the abbot was strictly enforced. Monastic life was marked by discipline, austerity and silence. The monks ate only one meal (normally vegetarian) a day, in the early afternoon. They woke to chant the psalms in the middle of the night. Monks, advanced in prayer, would spend days apart and alone in a cave or forest.

Prayer (especially the psalms), manual work (like humble commoners) and study (of scriptures, theology, astronomy, computing (maths), Latin and rhetoric) were the pillars of the monk’s life. A few of the monks were ordained – to celebrate Mass on Sundays and big feast days and to provide the sacraments for the monks and for lay people from surrounding areas.

The early prevalence of the monastic life in Ireland illustrates how fervently the leaders and people accepted Christianity. It seemed to clarify the struggle within them of good and evil. A devoted Christian strove to have God within and be preserved from the influence of evil spirits.

The sacrifice of leaving home and living the austere life of the monastery was undertaken by many early Irish Christians because they valued it as a way of living for and with Christ.

Pastors of the People

Monasteries in Ireland overshadowed the usual structures of Church life i.e. parishes and dioceses. People flocked to the monasteries to hear sermons, to confess their sins privately, to pray for their needs, to be educated in the monastic schools and finally to bury their relatives close to that holy place.

The abbot, who might not even be a priest, was seen as more holy and more powerful than the local bishop. So Columban, when he was later in conflict with bishops in France, considered himself independent of them. “We obey not your rules, but the commands of God. Help us to be pilgrims rather than hinder us,” he wrote.

The Irish at this time had a communal way of living. Columban sacrificed family belonging, his status among his kin and worldly pleasures for the penitential life of the monastery. This was known as green martyrdom.

When later he left Ireland from the monastery of Bangor and set out in a boat to wherever the winds of God would take him he was imitating the faith of Abraham in accepting white martyrdom.

The monks’ exile from normal society to focus on an intense love of God and struggle against evil within and without was a remarkable experiment of the early Irish Church.

Columban held to these two polarities in his care for the inner spiritual life and in his zeal for evangelization of lukewarm Christians, pagans or schismatics. Faithfulness to contemplation in action is a legacy through which St Columban continues to challenge us. 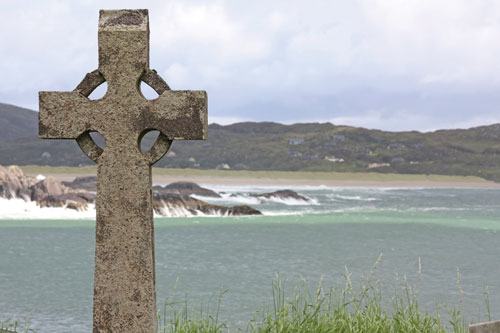