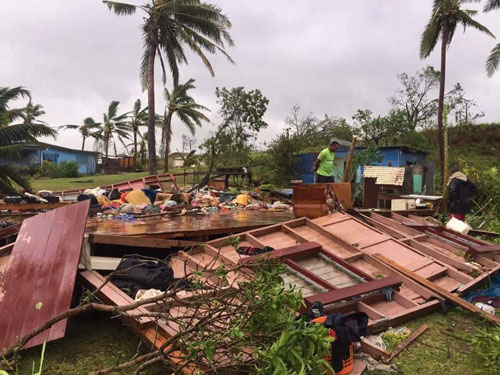 “The house is leaking and everyone's crying. We’re planning where to hide when the roof comes off.”

I wasn’t the only one to hear these were the words from Fijian people who had their lives overturned by the worst hurricane ever to hit the small Pacific island nation. Tropical Cyclone Winston devastated the whole country on the weekend of 20-21 February with a death toll of 34 and rising.

It's never easy to hear and see the difficulties that natural disasters can wreak on your home town. Being away from my family and being unable to get in touch with them on Saturday night was the most terrifying experience of my life. A power blackout disrupted communications throughout the country and I just couldn’t get through. 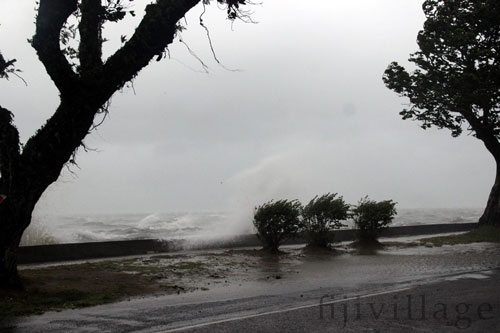 Throughout the dark hours on Saturday night I kept checking my social media for updates from my family and friends. I never fully realised the importance of social media until then. I was so grateful that some of my friends, who still had few cells left on their phone, were able to update me on the latest in Fiji. Then on Sunday morning I manage to get in contact with my family and received the happy news that they were safe.

When Tropical Cyclone Winston made landfall, families in its direct path hid in cupboards and under mattresses, even crawled under their houses, praying and crying as the storm ripped off roofs, flooded the houses, smashed down walls and ripped shutters off the windows. Debris flew through the air around them. 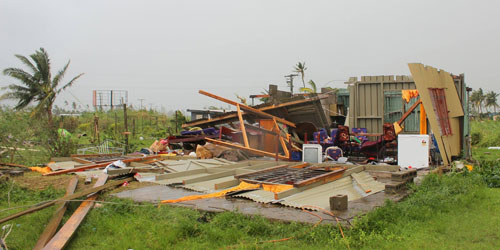 My bedridden grandmother told me “the wind was so loud and deafening. Our concrete house was shaking as if there was an earthquake.” One of my friends from a coastal area in the west of Fiji said: “I have never seen anything as this before. The waves kept getting higher and coming onto the mainland. We tried to put sacks of sand but seems our effort went no where.” 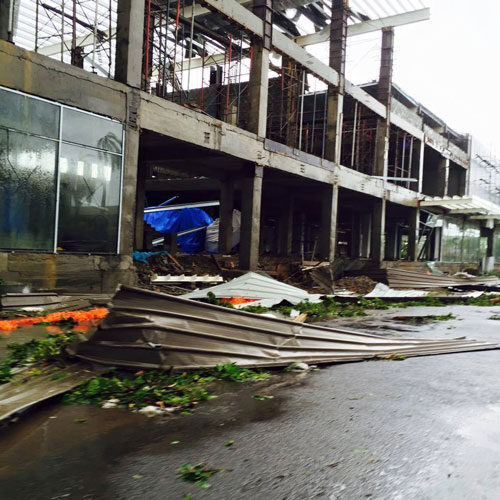 In the days following Cyclone Winston, almost 8,000 people remained hunkered down in hundreds of evacuation centres across Fiji, where they had fled before it hit late on Saturday with winds of up to 325kph (200mph).

When I finally got to talk to family and friends in Fiji I felt able to have some hope, despite the widespread devastation. A friend who lost her home told me: “Someone I'd never met let me have  their last bottle of water." But this is Fiji, we smile through the hardest times. We may have lost homes, possessions and in the most awful of cases, family members, but we share. Even with all the destruction, we share with each other.

It seems that just when you think you’ve lost absolutely everything, you gain so much. Tropical Cyclone Winston has been labelled the worst ever experienced in the southern hemisphere, the second worst in the world, just a fraction less powerful than a northern hemisphere typhoon last year. Surely this will stir people to work to mitigate the effects of global warming and climate change. I have hope.

Ash-Prasad Chandra is originally from Fiji and works as a Communications & Administration Officer at the Columban Mission Institute in Sydney.