Washington D.C. World leaders gathered in New Zealand on February 4 to sign the Trans-Pacific Partnership (TPP), a massive free trade agreement encompassing 40% of the world’s economy. Columban missionaries live in and serve communities in 7 of the 12 participating countries involved in this agreement. Because of this, Columbans have unique exposure to the negative impacts of free trade agreements on the worlds’ most vulnerable people. 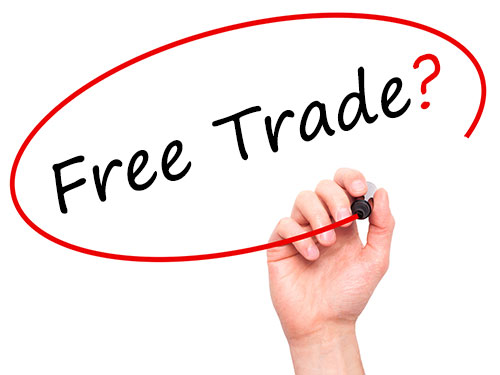 Free trade agreements such as the TPP have real, human consequences, and must be evaluated with regard to their effect on the poor and on creation. The TPP primarily serves corporate interests, ignoring the needs and voices of the people. As people of faith, we are called to walk in solidarity with the marginalised, therefore we must stand against the implementation of the TPP.

“Columban missionaries live and serve in many countries that have free trade agreements. We see how these agreements serve to disproportionately benefit a small number of individuals, governments, and corporations while leaving the majority of people struggling to live. We believe that the current economic model does not reflect the Gospel values of solidarity, justice, dignity and respect for all of Creation. We oppose the TPP as it is currently negotiated and urge all parties to reject its signing,” stated Amy Echeverria, International Columban Justice, Peace and Integrity of Creation (JPIC) Coordinator.

Cesar Correa, Columban JPIC Coordinator for Chile, commented on the increased power of corporations over people. He said, “One of the most controversial issues from our point of view is the mediation system of the investor-state dispute settlement (ISDS) process, which means an abdication of their national sovereignty by the member states. For example, in 2000 the use of asbestos was banned in Chile due to the large number of deaths and health effects that occurred. If this mechanism (ISDS) had been in force at the time of this ban, the government not only could not have sued companies for the damage caused, but also could have been sued by companies for lost earnings.”

Australian Columban Fr Charles Rue also urged, “The process of national representatives negotiating clauses in the agreement as well as the process for governments approving the TPP clauses are both shrouded in secrecy. This secrecy undermines democracy and makes unelected economists into legislators. The agreement should be rejected on secrecy grounds alone.”

Columban Mission Centre Coordinator, Fr Robert Mosher said, “At the U.S.-Mexico border, we see the effects of similar free trade agreements like NAFTA on workers’ rights. Recently, many people were laid off from a Lexmark company’s “maquiladora” assembly plant in Juarez because they wanted a better wage than $33 a week and the right to organise a union. Without employment since last December, these workers continue to protest their firing, and are a living embodiment of the negative effects of trade agreements like NAFTA and TPP, which make it easier for companies to treat their workers unjustly, without any accountability, and is unconcerned with requiring a decent living wage for them in the signatory countries.”

Columban Centre for Advocacy and Outreach Director, Scott Wright, concluded, “Based on Columban firsthand knowledge, we know the TPP is not in the best interests of the communities we serve. The global economy must work in service to the people, not threaten their human dignity or destroy our common home."

The Columban Centre for Advocacy and Outreach is based in the United States advocacy office for the Missionary Society of St Columban. The Centre serves as the line of communication between Columban missionaries around the world and policy makers in Washington D.C. Columban missionaries works towards a more just, peaceful and environmentally sustainable world by engaging in the political process guided by our Catholic faith and the Gospel.