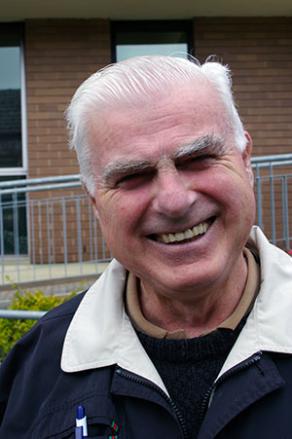 What does a semi-retired Catholic priest do?

Travelling to Melbourne from Sydney in early February, I had just settled into my Qantas seat, when a lady sat alongside. Shortly after, a flight attendant checked our boarding passes and asked both of us to shift to the row in front. This broke the ice and after we had settled down, my row companion asked if I was retired. My reply was “Semi-retired”. She told me she was retired and then asked me what work I did and my reply, “Catholic priest”. You guessed it, she then asked: “What does a semi-retired Catholic priest do?”

While it was easy for me to answer as I saw it in myself, it did stir up some reflections about how I was finding my semi-retirement and what I would like it to be.

At Easter 2015, I left the Columban Mission Institute, the flagship of Columban presence in Sydney. While I still had other Columban roles and duties, there was a sense of loss, so much so, that at a gathering of Columbans and our professional lay staff later in Melbourne I spoke of grieving and feeling paralysed, meaning unable to muster much enthusiasm for other duties or even something routine like reducing the clutter resulting from emptying my office at the Institute. So much so, that one role was neglected for much of the rest of the year.

It wasn’t being depressed; rather it was adjusting to the new reality. Although over the years, my Columban roles and responsibilities had changed, this was the first time an appointment given to me by a Columban Superior had come to an end without a new appointment, responsibility or role.

Many years ago a large poster of a sunflower in bloom caught my attention. It was a striking image and the caption for me even more so: 'Bloom where you are Planted'. This became one of my guiding principles as new Columban appointments came. It has served me well but somehow for a little while last year it didn’t work anymore.

Mercifully that has passed. I have now a full enough programme with a flexibility that wasn’t there. I can respond readily to "casual" requests for Masses in parishes or institutions, weddings, funerals and other pastoral matters and I still have my other Columban duties. Being able to “not be around” if I wish is something I enjoy.

Perhaps I have been too willing to take on “casual" pastoral requests as I am finding the energy levels take time to recover. Also, tying oneself up too much in this way hampers me from following interests that I was looking forward to. But that trial and error process to get the right balance is still a work in progress. Not so much in bloom but certainly budding and eventually will bloom.

So what is the vocation of the semi-retired or retired priest or religious? It seems a question for reflection for priests and religious. Is it just a downsizing or lightening of responsibilities and work? That’s part of it. We can’t though leave aside our call to be a priest or religious. But that call is to be lived differently. How does that change our prayer life? There’s space and need for wisdom figures, mentors, contemplatives among the retired priests and religious. I have found the Clergy Life & Ministry website with its paper 'Priests and Retirement' helpful. While it arose out of the needs of Diocesan Priests, the paper has many practical suggestions for priests retired from active ministry or who are approaching retirement.

The flight to Melbourne went quickly as I and my row companion chatted about different matters. The lady said she wasn’t a Catholic but had great admiration for the myriad of Catholic images of Madonna and Child. For her these images honoured motherhood and pointed to the great treasure it is. As we came to the terminal and waiting for the aircraft door to open, she departed with, "If I want to cleanse my soul, how can I contact you?" She has my phone number.

Former Solicitor, Fr Reg Howard SSC has been a Columban missionary priest for 50 years and has now retired at the Columban Mission Institute house in Strathfield, NSW, Australia.