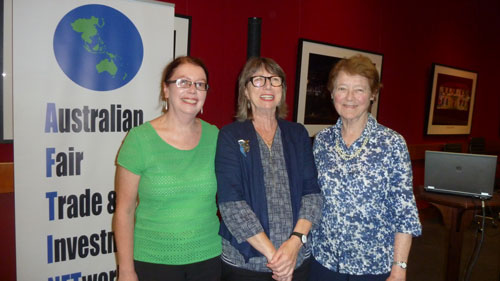 Parliament House, Sydney was the venue for updating talks on the free trade agreement Trans Pacific Partnership (TPP). It is a proposed agreement between 12 nations around the Pacific Rim.

The gathering was hosted by the Director of the Australian Fair Trade and Investment Network (AFTINET) Dr Patricia Ranald. The network has operated for near two decades.

Several Catholic organisations have been involved from its inception including Alison Healey from The Grail, North Sydney. The Australian Grail bases its TPP commentary on Paulo Freire’s ideas for Community Development. Phil Jones from the SJ Around the Bay (social justice network of parishes) videoed the talks so they can be distributed widely.

Canadian economist Dr Jim Stanford spoke on the old myth of a level playing field in trade. Past economic ideas of advantage based on a few natural products, and before capital and labour became internationally mobile, are no longer valid factors. These old free trade myths are being used by corporations to subvert FAIR trade.

Jon Edwards from Doctors without Borders spoke on how the TTP propositions on medicines will undermine world health standards as well as those in developed nation such as Australia. Extended patents will see international pharmaceutical companies reap windfall profits even though the basic research was often done by universities financed by governments with public money. Because of extended patent costs, sick people will not be able to afford the inflated prices of the medicines they need. 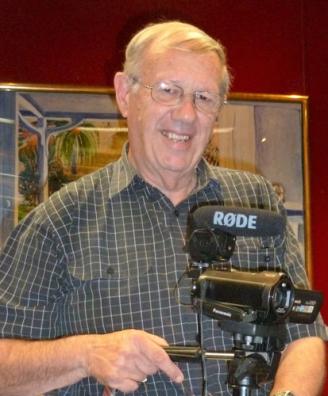 A member of Choice, Sarah Agar focused on regulations to promote more understandable labelling on food items in particular. She highlighted clauses in the agreement which allow corporations to sue governments for passing laws about food safety which the companies claim disadvantage them financially. John Howard rejected clauses on suing in the USA-Australia Free trade agreement. Companies are trying again. Other clauses would make environmental laws which safeguard against such things as water pollution a suing matter.

All speakers appealed to people to contact their local politicians as well as government ministers to stop Australia passing implementing legislation to the TPP agreement. They said that there is hope that the USA will back off the agreement but said voters in Australia should not bank on that. Voters need to actively lobby their politicians to stop implementing legislation being passed. I could not but help think of Pope Francis condemnation of ‘the dictatorship of economics.’

Fr Charles Rue SSC is a member of the Centre for Peace Ecology & Justice at the Columban Mission Institute in North Sydney, Australia.