Friendship with Helen has taught Columban Sr Patricia Byrne about the importance of being present to those who are suffering.

Perhaps many of us could associate with the words in this short poem below, written by my friend Helen, a poem which in many ways reflects the story of her life. Helen has indeed dreamed dreams, puzzled over the meaning of her life, and, above all, has experienced life as a mighty battle.

I have known Helen Chu Yim Mui for 20 years. We first met when I was working as a pastoral-care worker in a large government hospital in Hong Kong. At the time Helen was deeply depressed. When I visited, she mostly remained silent, lost in a sense of misery. As time went on, Helen improved and I came to know a very intelligent, creative woman, full of energy and very close to God. As she got better, Helen shared many thoughts; she also shared her writings and reflections. She was fluent in English and Cantonese (her own native language) and wrote very well in both languages. 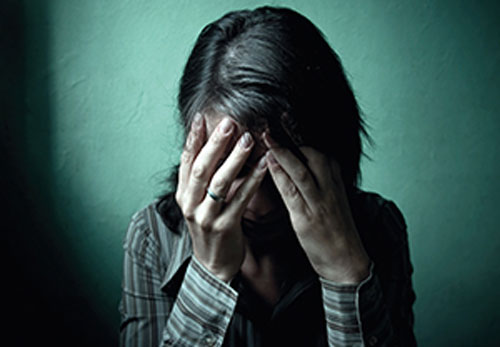 No matter how well she is, Helen often reminds me of the time I sat with her when she was unable to say anything at all. It is a reminder to me that when we sit with someone and feel we are wasting time, maybe that is, in fact, the best way we could spend our time. It is a reminder of the importance of being present NOW to those we are with, especially to those who are suffering.

Helen has had a very difficult life, beginning in childhood when her father worked on and off, and her mother often gambled what little they had. She was the eldest in her family, but being a daughter rather than a son, she was a disappointment and was not welcomed, except by her father, who himself had experienced prejudice because of a physical disability.

Helen did well in school, but suffered with a psychiatric illness from the time she was a teenager. She has a sense of mission – Helen’s Story reaching out to the homeless and teaching literacy to the elderly.

Some years ago she found out she had cancer. After treatment she had a relapse of her psychiatric illness and that is when I met her. Helen has lost contact with her family, she continues to struggle with her illness and has trouble with her eyesight.

Helen became a Catholic in her late teens. Of her decision, she recalls, "I studied at a Catholic school in Macau. Every now and then, there were students asking to be baptised. However, I refused to do so. When I was in Form Five, I seriously thought of becoming a Christian. One day, I went to Fr Minella, a Jesuit priest, and said, “I want to be baptised.” He could not believe his ears. “Why all of a sudden do you want to be baptised?” he queried.

Without a second thought, I blurted out, “Not because I understand all the doctrines, nor have I witnessed a miracle. It is all because of your good, vivid example as a priest, the example of God’s love. The life of the religious attracts me! I want to live a life like yours – a life of love!”

When I look back, I can see that on the day of my baptism, I was well-equipped with God’s grace for my rocky life. God clothed me with his boundless love for the stormy sea.

Faith in God is my cure. My faith is my life. Now, I can’t live without God. Indeed, baptism is a tremendous sign of God’s great love for me.

Helen tries to live her faith in a psychiatric ward, where she has little privacy. With great devotion to the Mother of God, she prays the rosary daily, remembering all who are suffering in the world. She has one or two favourite prayers: from the Mass – “Lord have mercy, Christ have mercy” and the words of Mary: “Behold the handmaid of the Lord, be it done to me according to your word.” Repeated often during the day, these prayers give her the strength to live peacefully in a not very peaceful environment and to show concern and reach out to befriend other patients who are going through difficult times.

In the words of her poem, Helen, having learned to accept her plight, lives close to the Mystery of life trying to ‘live it as it comes.’

Columban Sr Patricia Byrne is from Wicklow and has been in Hong Kong from 1976 until recently.