Mission from not to the margins 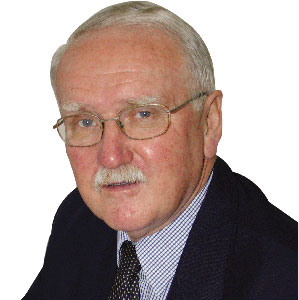 I am writing just days after President Trump’s election. His election has been likened to the Brexit referendum and even to the increasing number of Australians deserting the major parties. The common explanation for all these events is that the people in the centre just do not understand the concerns and fears of people who are marginalised from power and prosperity.

Sociologists claim that one of the major problems in the United States and probably of much of the world is that nowadays people only listen to, read and converse with people who think the same as them.

There are some echoes of this in modern missiology only their reading is much more radical. Pope Francis in a book by Antonio Spadaro, My Door Is Always Open: A Conversation on Faith, Hope and the Church in a Time of Change, makes the strong statement, “I am convinced of one thing: the great changes in history are realised when reality was seen not from the centre but rather from the periphery. It is a hermeneutical question: reality is understood only if it is looked at from the periphery… Being at the periphery helps to see and to understand better, to analyse reality more correctly, to shun centralism and approaches based on ideology.” I was shocked when I first read these words but actually they stand to reason. Power and prosperity can stifle the Spirit, blind us to others and prevent us from understanding the weak. Witness the rich man who never understood or appreciated Lazarus at his door. (Lk 16:19-31)

But it is not only Pope Francis who is speaking out. In 2013 the World Council of Churches met in Pusan, Korea ad published Together towards Life. One of its most challenging chapters is Spirit of Liberation: Mission from the Margins. Jesus’ mission was to liberate the oppressed, to open the eyes of the blind and to announce the Kingdom of God by opting to spend his time with the marginalised people of his day. He did this not out of charity but to highlight the injustices that were marginalising his people and the people at the centre of Jewish religion and society clearly understood the challenge. Jesus mixes with the marginalised to confront and transform everything that denies life. Their situation points to the sinfulness of the world.

Together towards Life goes on to make the radical and thought provoking statement, "The aim of mission is not simply to move people from the margins to centres of power but to confront those who remain in the centre by keeping people on the margins. Instead, churches are called to transform power structures." #40 Earlier it warns that the practice of mission has changed. Instead of mission “being done by the powerful to the powerless, by the rich to the poor, or by the privileged to the marginalized”, the missionaries are now coming from the margins to the powerful.

Like Pope Francis they insist that we have much to learn from the poor and marginalised. “People on the margins have agency, and can often see what, from the centre, is out of view. People on the margins, living in vulnerable positions, often know what exclusionary forces are threatening their survival and can best discern the urgency of their struggles; people in positions of privilege have much to learn from the daily struggles of people living in marginal conditions.” #38 “Through struggles in and for life, marginalized people are reservoirs of the active hope, collective resistance, and perseverance that are needed to remain faithful to the promised reign of God.” #39

Mission is not just a question of helping the poor and disadvantaged it must involve challenging power and privilege and creating just and inclusive communities. The centre has shifted to the margins.