Ordinary people take to the streets

Ordinary people, risking their own security, decided to take to the streets on October 6, encouraged by both Christian and Buddhist leaders. 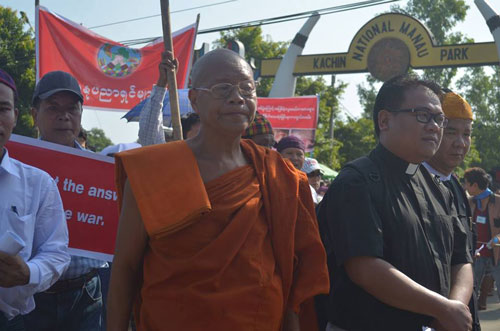 “On October 6, 2016 in Myitkyina, capital of Kachin State, Myanmar, nearly 30,000 people marched for peace and against the severe active offensive attack of the Burmese military against Kachin ethnic armed groups. We have also learned that the main Myitkyina-Banmaw road has been blocked by the military to civil society groups and other NGOs who are rendering humanitarian aid to internally displaced people (IDPs). This is really the worst nightmare for our IDPs. Please remember us in your prayers”. 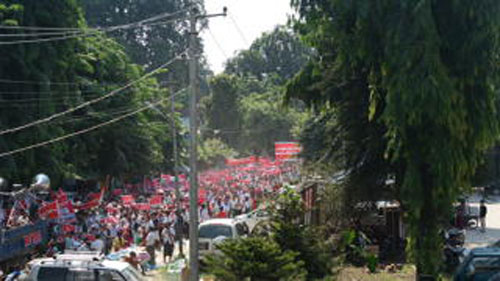 Fr Bosco Ah Seng is a priest of the Myitkina Diocese, who works in the Diocesan Pastoral Projects Department.