Pope Francis - Mission "with" rather than "to"

“The Joy of the Gospel” was Pope Francis’ response to the synod on New Evangelisation. But the exhortation is unusual in that it does not seem to build directly on the synod. Instead Pope Francis talks of a “new phase” or of “new paths” and the key characteristic of Francis’ approach to mission is his stress on “mission with” rather than “mission to”.

He famously talks about the need to take on “the smell of the sheep” and to stand by people, Evangelii Gaudium (EG24). He emphasises the necessity of “face-to-face encounter with others, with their physical presence which challenges us” (EG88) and to “put aside our eagerness in order to see and listen to others” (EG146). We are to “practice the art of listening… so that spiritual encounter can occur” (EG171) And most critically for Francis, we are to draw near to new forms of poverty and vulnerability (EG210), befriending the poor and being evangelised by them (EG198).

Gone are the days of the “rugged missionary” trying to singlehandedly build a Christian community and the days when the priest does everything for the people. We are to work side by side. Nowadays I am sometimes embarrassed by my early years as a missionary priest. At ordination I was young, idealistic and ready, if not to save the world, to at least make a significant contribution. But time has taught me, that despite my priestly powers of leadership, I could not, and should not do it all. Lay people and especially women have insights, sensitivities and skills that are powerful, that we cannot, and should not do without. 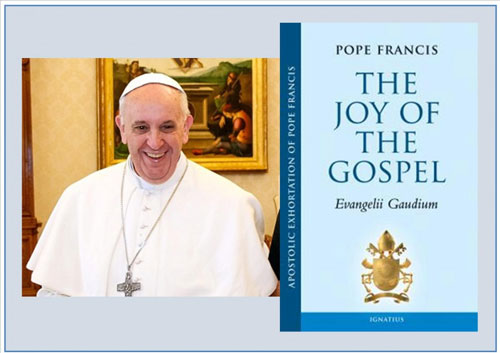 We priests are ordained to the sacrament of orders and as such have a role in discerning, fostering, and encouraging the gifts discovered among our community, of coordinating them and maintaining unity. Slowly I found that this was a much more satisfying, enjoyable and less lonely style of leadership. It is theologically desirable, psychologically necessary and administratively indispensable. I suspect that the clericalism Pope Francis is so critical of is not just taking privileges to ourselves but taking too much responsibility for the Church and its life and mission to the exclusion of others.

Recently I have been involved with Brother Jude Butcher CFC AM and Anthony Steel at the Australian Catholic University’s Institute for Advancing Community Engagement. They work with some of the poorest and have learnt the need to develop the following virtues.

Finally we need to be more contemplative than active. Missionaries are by nature achievers, people who want to make a difference to people’s lives for the better but if we are not careful we can end up building our own kingdom not God’s. The Kingdom normally emerges slowly. So as Antonio Pernia, the former Superior General of the Divine Word Missionaries points out, “The missionary, then, evangelises not primarily by doing things for the people but by being with them and enabling them to do things themselves. The missionary’s mission method will be marked not by frenetic activity but by contemplative presence among God’s people… He or she will give priority to being missionary over doing missionary things.”