Recycled Sandals - Walking to a life of diginity

Jun is now a happy man because, he says,"God has answered my prayers, He sent me honest work". Like millions of jobless people around the world he was unemployed and homeless. He wandered the streets of Olongapo City looking for any job he could find to earn scraps of food for his family. They cowered from the lashing rain and typhoon winds in a hovel on the city dump. When the storm passed they continued picking up bits of plastic and junk that they could sell. Here, there are no free social services, like medical aid and unemployment payments for the poor. Jun and his family lived on the edge. 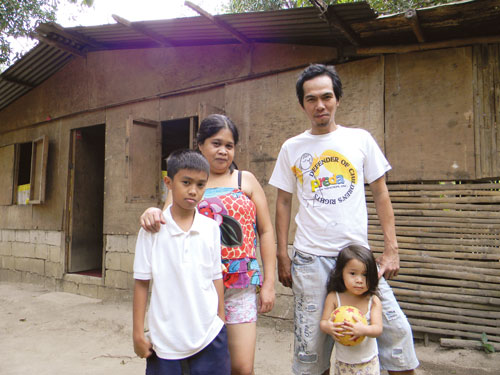 PREDA (People’s Recovery Empowerment Development Assistance Foundation Inc.) is a human development organization that sets up micro Fair Trade projects for impoverished families. I began this foundation in 1974 as a way to implement the social teaching of the Church and to bring about a more just and loving community, free from exploitation and abuse.

Reducing poverty and suffering is best achieved by giving the poor opportunities to help support their families by dignified work. Such work is hard to come by as millions know, and the root causes of this are the same everywhere. A few rich people control the wages and the levers of power. The Philippines is a wealthy nation but about 200 elite families own or control up to 70% of the natural wealth and production capacity. Millions of struggling Filipinos live in poverty, and millions more have emigrated in search of jobs and fair wages.

Jun is a devout Christian and he never became bitter or blamed God for his poverty and joblessness. He knew it was because of the unjust system, and the politicians who exploited the poor for their own selfish ends. He never lost faith that one day he would be lifted up, like one of the poor and oppressed promised the Kingdom by Jesus in the Beatitudes.

Then PREDA social workers found Jun and his family, hungry, shivering on the rubbish dump and invited them to the PREDA shelter to recover and join a job-training seminar. Jun learned bag-making, became an expert stitcher and was soon earning good wages making the popular recycled bags from discarded juice cartons. Jun is a fast worker and was able to pay off the interest-free loan given by PREDA which enabled him to own his own sewing machine.

His children’s malnutrition disappeared, they went to school daily with all their needs supplied, and Jun and Maria his wife built a small house on a hillside outside the town. Their lives were transformed. They were trained to save their earnings for the day when the demand for bags might change. After a few years the market became saturated as other bag producers copied the PREDA bags and there was a falling off in orders. Jun was facing unemployment once again. 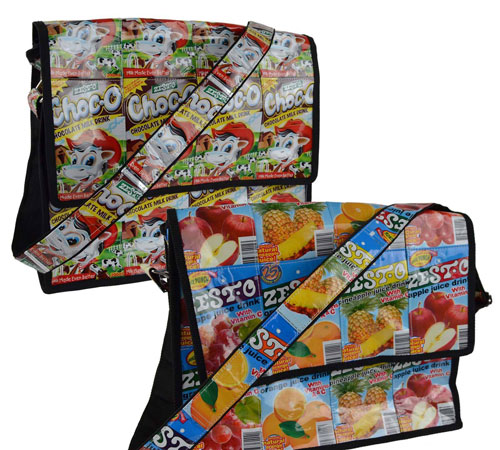 PREDA then suggested that he try making sandals from used rubber tires, he took the new training course and soon became expert in turning out well-finished flip-flop sandals. These sold well locally and abroad for a few years, and all was well until once more the fashion changed. Then, most recently, came a request from England. The Southampton Street Pastors work with street-people and they give out free sandals to the street-people during the summer months. They asked Jun to supply sandals. It was a blessing for him and his family.

Jun and Maria, are now doing a hard day’s work every day to produce up to 200 pairs of the sandals which help support their family. Maria helps with the sewing of the straps that make the sandals strong and durable, ideal for indoor use and summer wear.

Jun’s livelihood is based on Fair Trade criteria, based also on Catholic social teaching. To give work with dignity is at the heart of PREDA’s livelihood project. Jun receives good prices for his sandals, a just wage and social benefits This has enabled him to build an extension onto his house, buy household appliances, a TV, and send his children to school with all their needs supplied. The Southampton justice project has helped his family overcome poverty and has brought them a life of dignity and respect. There is a bright future ahead in the making of Fair Trade recycled sandals and perhaps even the hope of spiritual renewal for those who will wear them.

Columban Fr Shay Cullen, founder of PREDA, has spent more than 40 years in the Philippines.