Filipina lay missionary Liezl Noya Laradan’s ministry during her first term of mission in Fiji was with the only Indo-Fijian community in Labasa. She was known to the locals by her Hindi name, ‘Lata’. She went for regular home visits and joined prayer meetings in the town and she was also involved with the Catholic Women’s League in the diocese. 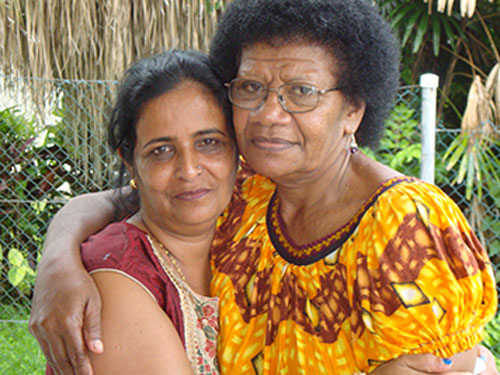 One day, after coming from a visit to an Indian family, I found myself resting comfortably at the mission house. But then, Auntie Bebie, one of the women I worked with in the community, came in saying, “Lata, we will go tonight to visit the Hindu family who invited you.” I remembered that I had given my word to visit them before, so I agreed to go despite feeling tired. I prayed that God would give me strength and lead me. After resting awhile, I went with one of our parishioners, Uncle Sammy, who was accompanying me on the visit.

Walking at night, with only the torch to guide us, I had no idea where we were going. Soon enough, we arrived at the house, which was located near a small bridge, and saw a man outside called Muna, whom I had visited before. I was disappointed when he told us that the family was away. I realised then that they were not informed that we were coming. After a short conversation with Muna, I asked my companion, “So, where to next?”

We decided to visit another family instead. The starry night gave me peace of mind and soothed me as we continued on our journey. I felt excited because although the family might be surprised by our unexpected visit, I had been to their house before to attend their daughter’s engagement. When we arrived, the family was confused, asking who was knocking at their door. As we entered, I saw them tidying up the room where there was a mat and the yangona (ceremonial drink) on the floor. I spent time talking to the children in Hindi, and their mother and I conversed about the usual family matters. But it was their grandmother, seated beside me, who shared more deeply about their family. She told me that her daughter-in-law had three children, but the third child is the son of her present husband. I didn’t quite understand what she meant until she confided their story to me.

The first husband was her eldest son. Sadly, he died, leaving his young family. Then her second son married his deceased brother’s wife. This is because the family wanted to keep everyone together and take care of the two children. They thought no other man other than the son would marry her and love her children as his own.

She continued to share more stories about hardships and problems within their family, which led to the story about her second son. When he was born, he was healthy and well. But when he was about four years old, he had an accident. His uncle, who liked to play with him by tossing him up into the air and catching him, failed to catch him. So he fell hitting his head on the ground. The accident affected his hearing, but still, he was able to study in school. It was when he finished Form 7 (the equivalent of high school) that the family found out that he was hard of hearing. I’m amazed how he managed to deal with this challenge on his own, keeping it from his family for many years. 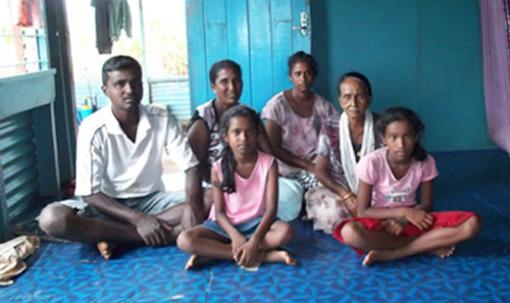 He received a lot of help from others. There was a good man who gave him a hearing aid, but unfortunately, he lost it when a flood hit the town. People around town offered him work like cutting grass or repairing electrical problems. He works very hard to provide for his family. He and his wife love each other and he lives peacefully with his family.

I am touched by his life story and that of his family. They reminded me of the story of Cain and Abel from the Old Testament in the Bible, when God asked Cain: “Where is your brother?” We are called to be always mindful of the people around us, especially within our own family for we are accountable to each other.

My unplanned visit to this family was an opportunity for me to see their reality. I realise that sometimes detours are much better than the planned visits I take. It is always a blessing for me to come across people who welcome my presence and share with me their stories, joys and insights. For I’ve learned many lessons in life from being with people.

Liezl Ladaran is from the Philippines. She has been a lay missionary in Fiji islands since May 2012. She is currently assigned in the Columban parish in Ba.