What was it my father used to say? A bird stuck between two branches gets bitten on both wings. I would like to add my saying to the list now, Father: A man stuck between two worlds lives and dies alone. (Dinaw Mengestu-The Beautiful Things That Heaven Bears)

In the 1980s before the onset of cheap air fares and the free movement of people introduced by the European Union Irish immigrants in London were always on the look-out for news about people going to Ireland. As my work took me back and forth I was frequently asked to take items in my car. On one such occasion a few people heard that I was about to make the journey. I began to get calls requesting to take a few items.

The first was my young friend Caroline. She asked me to take her wedding dress. I said no problem, take it around and put in my car boot. That she did.

A few days later I had a call from Pat requesting that I take an outboard motor. Pat was a cyclical migrant. During the winter he migrated to London. Being from Donegal he had connections with his county men who specialised in the tunnelling business. When spring arrived Pat returned to Donegal to work on the family farm and make some money fishing on Lough Foyle. Again I responded positively and suggested that he take it around to my residence. Giving him the car keys I suggested he stick it in the boot. 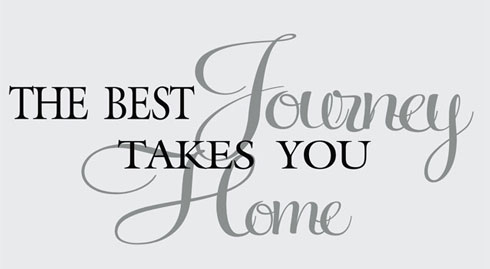 Then a few days later another friend Pauline called. She said, I hear you are going to Ireland and I have a special request. My friend and local doctor died while I was away on holidays. After graduating from the College of Surgeons he had come to England after the war in 1946. He was always planning to return to Ireland, marry and settle down. But, she said, the years passed him by and he didn’t get back home. In his will he requested that she have his ashes scattered in the Irish Sea halfway between England and Ireland. She had the ashes in her house and was anxious to have his request fulfilled. I assured her that I would carry out his wishes and her request.

On the evening I was leaving for Holyhead I went around to her house to pick up the container with the ashes. Seeing me arrive outside her house she opened the door and welcomed me. There and then she offered me a cup of tea. While I enjoyed the tea I gave her the keys and told her to place the ashes in the boot. Bidding her farewell I set off for the 2:15 a.m. ferry from Holyhead to Dublin. I enjoyed traveling that time of night as there was less traffic on the M1/M6 and the BBC was a good companion.

As I made my way up the motorway listening to whatever was on the radio the cargo in the boot of my car wasn’t in my mind. However, I had a feeling that I wasn’t making time. I wondered what was slowing me down. Anxious, I pulled over at a lay-by, got out and looked at the tires. Everything seemed to be in order. Getting back into the car I started off again but the sluggishness of my pace began to bother me. There and then I remembered my cargo and realized that the weight of the outboard motor was the cause of my sluggish pace.

Then I began to wonder how I would get through border security at Holyhead. How would I explain the contents of my car boot and particularly the ashes for which I didn’t have a death certificate? Borders are ambivalent places, nowhere zones where identity, legality and humanity are challenged. They are not just physical boundaries. Your mental sense of belonging is momentarily transparent, in someone else’s hands until you are beckoned to proceed. Borders are useless inventions. They just make it harder for people to do the things they need to do.

Arriving at the port I took my place in the line of vehicles waiting to board the ferry. About a half hour before boarding the police began their inspection of the cars. We all opened our car boots and waited. As I waited I wondered what the police reaction would be on listing the contents of the boot and what my response would be. At last he arrived, looked in and asked what I had. I started with the wedding dress, then the outboard motor, then the ashes and lastly my tennis gear. Closing the boot cover he said, “Extraordinary” and continued with his work. Relieved, I got into the car. At last I was legal, someone belonging somewhere again.

Then the next part of the saga began to intrude-the disposal of the ashes in the middle of the Irish Sea. As the trip was about three hours I calculated that after about ninety minutes out at sea I would perform the burial rites of Dr Frank. It was easy to understand the significance of Caroline and Pat’s items. Theirs’ was a temporary migration. They were in the process of managing a return.

The ashes caused me deeper reflection about the Dr Frank’s life of suspension between England and Ireland, working in England but living in Ireland. He was like many Irish emigrants in Britain hanging between home and away, neither there or here. There and then I wondered if my life as a migrant mirrored that of Pat, Caroline or Dr Frank. Where was home? Lost in my musings, I looked at my watch. It told me the time had come to deposit Dr Frank’s ashes. I made my way to the rear of the ferry. As the wind blew from the west I deposited Dr Frank’s ashes in the Irish Sea. I said a short prayer asking the Lord to give Dr Frank the home his spirit desired but in his life did not get around to realizing it. He was no longer a border person.

Home is a place where, when you go there, they have to let you in (Robert frost-The Death Of A Hired Man).