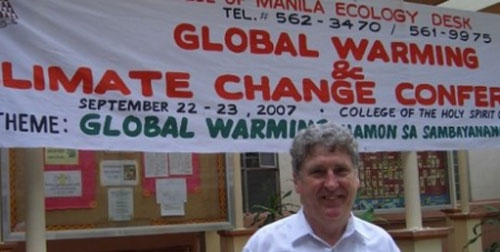 Two Irish priests, including Columban Fr Sean McDonagh, a consultor in the drafting of Pope Francis's encyclical Laudato Si', have said the Vatican should change how it deals with clergy and lay people, The Journal reports.

Fr Tony Flannery and Fr McDonagh, co-founders of the Association of Catholic Priests in Ireland, have been at odds with the Vatican on more than one occasion.

Interviewed on RTÉ Radio 1, they said the Church also needed to apologise for how it has treated women and give them more power in the Church.

Fr Flannery, 70, said his first public Mass in more than four years last week to mark 40 years in the priesthood. He was banned from saying Mass publicly in 2012, after some people in the Vatican took issue with his stance on certain subjects.

"In February 2012, I became aware that the Vatican objected to some of my writings," he said. "In particular, one that I had written just after the Cloyne Report, when Ireland was in a fervour about the whole cleric sexual abuse issue, and, in that context, I had written a sentence that went something like this: 'The priesthood as we have it now is not as Jesus intended it to be'."

He said he thought the statement was "about as obvious a point as you could possibly make", but the comment was taken out of context and the article "landed in an office in the Vatican".

He also took issue with how the Church approached other topics, such as teachings on homosexuality, contraception and women's ordination.

He also criticised how the Vatican "forced" an "appalling translation of the Latin Mass" onto English-speaking churches, further alienating lay people.

Fr Flannery said the Church in Ireland is "in a state of utter collapse", with people "leaving the Church in droves", and action is needed to change this.

Read Full Story: 'The Church is in a state of utter collapse': Irish priests at odds with Vatican speak out (The Journal)