Motivation from the bottom to the top

I clearly remember the first time I visited Julie Santiago. To reach her house, I had to pass by several narrow lanes in the area where I lived. It was daytime, but it was quite dark inside her house because they didn't have lights. There was a small table at the corner with plates and kitchenware on it. In the dark room, Julie smiled brightly because she had me as her visitor from Korea. Her three daughters were playing beside her. They were lovely. They were smiling sweetly when they saw me. I thought then how their bright smiles contrasted with the darkness of their house.

Julie is one of the working mothers in the candle-making livelihood project that I've organized in the parish community I was assigned in during my first term on mission. She is in her early 30s. She came to Manila from Bicol ten years ago where she met her husband, Marlon. They were married in 2012. Julie's husband is a construction worker but his income cannot meet their needs such as food and education for their children. Her husband and daughters often get sick with skin problems brought about by lack of nourishment or coughs worsened by the smoke from the candles they use every night. Once, two of her daughters contracted tuberculosis (TB). It took a long time to educate her regarding tuberculosis and how it can be contagious to other family members. Fortunately, they were able to recover from the illness.

One day, Julie sent me a text message saying that she was pregnant with her fourth baby. She mentioned how she didn't want her baby and she was blaming the unborn for her woes in life. I asked myself, "what made her blame this innocent life in her womb, when in the Philippines, having a child is regarded as a blessing and a gift from God?" Remembering her brilliant welcoming smile that first time I visited her, this reaction towards her baby totally disturbed me.

Before she started working in the candlemaking program, she didn't have any experience working under regular working hours. Other mothers had trouble with Julie because of her problem with punctuality. She would often be late or absent from work, and she wouldn't notify them in advance if she couldn't come to work. Her reasons would be that she had slept late or she simply forgot to go to work. Julie is a shy person, and she is a little slow in responding to things at work. Whenever there are gifts for the mothers involved in the project, she would be the last one to take the smallest item left. This is why I used to put her share aside and give it to her quietly afterwards. 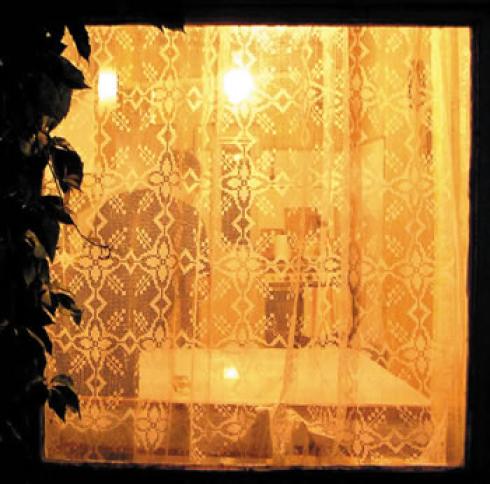 Even though she had some problems working with the other mothers, I could not let her leave. Without her income from the livelihood project, her life would be more difficult. Marlon is a good husband to her but cannot work at the same job for a long time. So while he is in between jobs, Julie would be the breadwinner. What was more worrying was her pregnancy. She knew very clearly that she couldn't afford to take care of the baby. Fortunately, I was able to convince the other mothers to be there for her and help her. Julie was given opportunities to realize her shortcomings, to change and make the necessary adjustments in the community.

Surprisingly, Julie's working habits eventually led the community to reconsider many things. The members drafted rules and policies about good attitudes in the work place. These helped the members to put more effort in being punctual. Furthermore, they learned to understand one another. They made provisions for members who are pregnant so that young mothers, like Julie, do not have to worry about being dismissed if they become pregnant.

Throughout all of this, I was aware that Julie needed proper lighting for her house. So when I read an article about solar light bulbs by an organization called KADASIG, I sent an email to the person in charge. KADASIG is originally from Australia but is now based in Cebu. The solar light bulbs were financially supported by the Columban priests in Australia. In response to my email, KADASIG donated 100 solar light bulbs. Some of the mothers, including Julie, do not have to use candles every night anymore. With the new solar light bulbs, they were given not only brightness for their houses, but also a brighter future for their families.

Now, Julie is rarely absent or late for work. Her attitude is much better than before. She is more comfortable to ask for help from others and is happy working harmoniously with the other mothers. With her work, she is assured that she can receive regular income to support her family including her newborn baby.

I saw Julie as the weakest person among the mothers involved in the project. But throughout her journey with the community, she was able to significantly influence the community's physical and spiritual well-being in a meaningful way. The mothers I work with have learned to understand one another and accept someone who is relatively poorer than themselves.

I am so proud of Julie's growth that also led to the growth of the community. With her readiness to learn more, it would not be difficult for her to accept other challenges in her life with her family.

Originally from South Korea, Hyein Noh Anna is a Columban lay missionary living and working in the Philippines.