How Japanese Catholics have been part of the international support network of Columbans on mission.

Mrs Mihoko Kozen and Mrs Hiroko Shimizu have spent their whole lives in the Fujisawa area, the beach suburbs on the south west side of Tokyo. Mihoko-san’s husband is deceased and her three children have married and made their own homes. She now lives alone but is always in touch with her daughters who live in the Tokyo area. Hiroko-san lives with her husband and adult daughter.  Both women went through the Catholic school system from kindergarten to university.  Both have known Columbans for over 60 years.

In 1995 Fr Brian Vale was Director of the Columbans in Japan and initiated a Columban Supporters’ Group, which committed to pray for missionaries and raise money for their support. About 600 supporters joined the group, 200 of whom were from Fujisawa parish.  Fr John Burger, who was pastor of Fujisawa parish at that time, accompanied the group.

Fr John used to ask Mihoko-san to correct his homilies and would also consult her on any number of matters.  He also asked her to help organise and run the Columban Supporters’ Group. At the time Hiroko-san offered, “If there is anything I can help with just let me know”, and Fr John also asked her to help run the group. Since then these two women have taken charge of keeping an account of the donations, editing the monthly newsletter and sending out thankyou letters.

When all this began the group was able to tap into 14 parishes along the beach coast that had been staffed by Columbans. In the early days many parishioners knew the Columbans and were aware of the contribution the Columbans had made. In hard times following the destruction and poverty immediately after World War II Columbans had found money to buy land and had subsidised the building of churches and parish facilities with money given by benefactors in US, Ireland, UK, Australia and New Zealand. Their initial generous response to the request for support for our missions overseas arose from their wish to show gratitude for all that the Columbans had done over a period of more than 40 years. 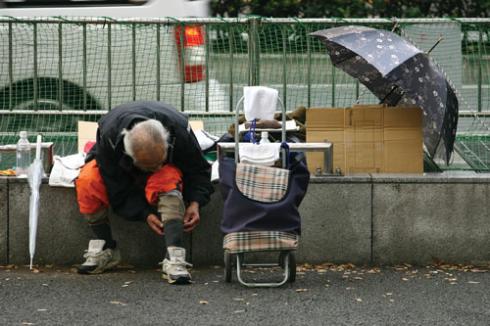 It is now 13 years since a Columban staffed the Fujisawa parish and people forget so quickly. They often remember individual Columbans, but not necessarily the Missionary Society of St Columban. We don’t tend to leave a memory of our ‘brand’ but rather of a series of individuals who have shared life with a group of parishioners for some years.

Over the years the Columban Supporters’ Group has continued to collect money, edit the newsletter and send out thankyou letters. Now that Columbans have moved out of nearly all the parishes in this area the organisers of the group find it difficult to motivate parishioners to keep up supporting the Columbans. However, at Christmas and Easter we still receive a large donation and Fujisawa parish continues to be our most faithful benefactor.

Mihoko-san said, “I want the Columban Missionaries to continue your work in poor countries and we would like to continue to support you”.  We Columbans want to be able to send all the money collected by our local support group to our missions in poorer parts of the world and we expect to be able to do that once we sell our present centre house that is a drain on our finances. When it was built there were 80 Columban missionaries working in Japan but now we number no more than the original group of apostles. Our centre house is much larger than we now need.

Recently the Columban Supporters’ Group celebrated their 20th anniversary. I hope we can use the occasion to renew local interest in Columban mission around the world, especially among the poor.

Columban Fr Leo Schumacher is the Regional Director of St Columbans, Tokyo.  He first went to Japan in 1983.