The new Columban century brought us a new Columban priest in Fiji. Deacon Martin Koroiciri was ordained priest at the Suva Cathedral by Archbishop Chong on the vigil of St Columban’s day, 2018.

A particularly joyful note for us was the presence of some eighty priests at the ordination. Not only were our Fiji priests in attendance but many were here from Tonga, the two Samoas and even the Cook Islands. The ordination coincided with a retreat at Pacific Regional Seminary (PRS) for the English Speaking priests of CEPAC. CEPAC is the episcopal conference that takes in all the islands of the South Pacific from Guam to Tahiti. So the ordination was a real South Pacific Celebration and this was reflected in the magnificent music of the Archdiocesan Choir. 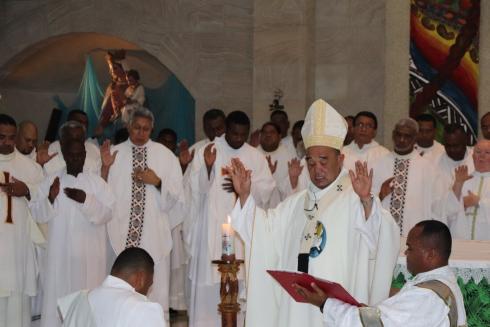 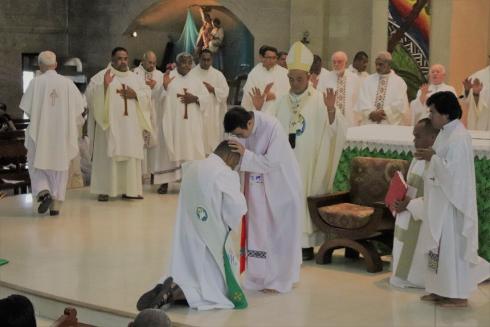 The new Columban priest is from a Catholic family that originates in Lakeba, capital of the Lay Group here in Fiji. Martin was born in Suva. His early childhood and teens were spent in the Columban parish of Labasa. After High School, Fr Martin went to work for a computer company. 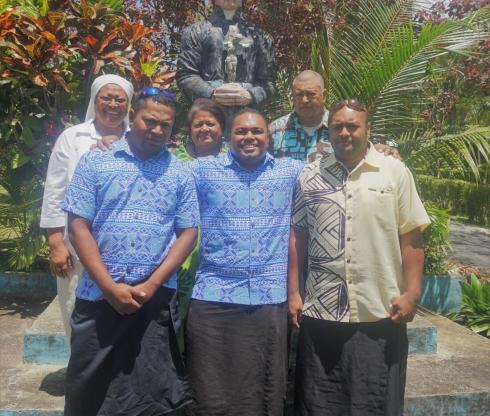 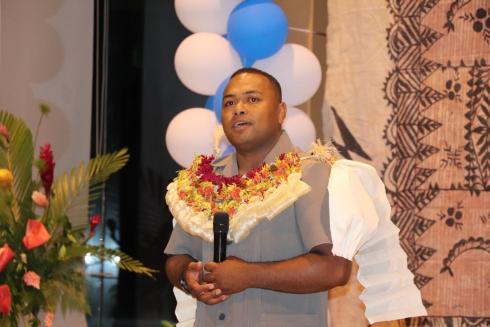 Chile was his mission. He spent two years there. Once he had studied Spanish, he was assigned to various Columban parishes where he served the people and improved his Spanish.

Back in Suva he completed his theological studies and graduated Nov 9 this year from the Pacific Regional Seminary with a B.Th from the Urbaniana University in Rome to which PRS is affiliated. The Urbaniana is a Pontifical University and universally recognized so that Fr Martin can pick up his studies virtually anywhere should he and the Columbans wish.

As in every Columban country, this centenary year has been one of celebration and commitment to mission. Here is Fiji one of our aims is to assist the local church to become more missionary. Much of our celebration was geared to this. Fr Frank Hoare’s history of the Columbans in Fiji, the visit of the Columban Altar cloth, the major celebrations on Foundation Day, June 29 all had this in mind. 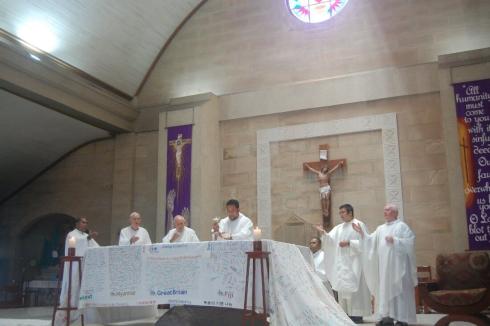 The centenary opened with the ordination of Fr Pat Visanti who is now back on mission in Pakistan. With Fr Martin’s ordination, we have a happy conclusion to our centenary year and a great opening for our second century. It is an enormous joy to us to be able to put another lifelong priest missionary in the field. Fr Martin will minister in Suva for a few months before returning to his mission in Chile mid-year. We invite you all to support him most especially with your prayers.