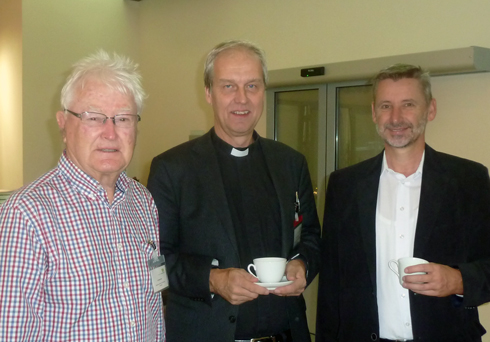 To give you a future with hope’ (Jeremiah 29:11) was the Scriptural grace of God remembered in the opening prayers of the European Christian Environmental Network (ECEN) Assembly which met in the Polish city of Katowice, 6-10 October 2018.

Rev Dr Peter Paviovic, Director of ECEN with the Conference of European Churches in Belgium, welcomed nearly ninety participants from twenty one nations.

The city of Katowice was chosen because it is located in the region of Upper-Silesia, traditionally associated with coal mining and heavy industry. However, the region is in transition to a new economy. Only two coal mines now operate but unemployment stands at a low 2%, say local officials. A sign of the transition are many late 19th century buildings, darkened by pollution, being replaced by new ones, including a Convention Centre. Dr Paviovic reminded the Assembly of the eight major environmental themes worked on by ECEN members over 20 years. Promoting a Time for Creation/Season of Creation headed the list. Climate Change and Eco-Justice, eco-theology and transition life styles, biodiversity and ecological sustainability were among other issues named.

In December, Katowice will host the 24th Conference of the Parties of the United Nations Framework Convention on Climate Change (COP 24). City leaders believe that its transition away from dirty industries, plus creating new jobs and a sustainable economy it is a sign of hope for the future. They purposely offered Katowice as an appropriate venue for COP 24 to meet.

Church groups from Rome to Norway are organising solidarity pilgrimages on foot and on bikes to Katowice. However, Assembly members resolved to involve their church communities at home through prayers and information sharing about the purpose of COP 24 – nations working together in facing up to Climate Change.

The dire impacts of Climate Change and the urgent need for a major human response to reduce carbon emissions were the messages presented by two scientists, Prof Mikael Fortelius from the University of Helsinki and Dr Jukka Uosukainan, a member of the United Nations Environment Climate Technology Centre and Network. They suggested that within the context of this reality, Christians are challenged to present a message of hope. 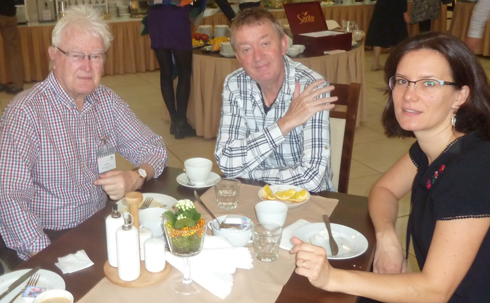 The Assembly accepted as real the human part in accelerating Climate Change and also the urgency needed in addressing it. It affirmed that Christian communities Have  role to play in helping society face up to Climate Change. The Assembly issued a Statement in this vein.

Two local scientists and two religious leaders gave detailed presentations on the topic “Care for creation and response to Climate Change in Poland’. They agreed that a ‘change of mentality’ is needed among the people. Waste and inefficiency are evident in the misuse of water and energy resources. Cruelty of animals betrays an attitude of disrespect for life. The scientists pleaded for more explicit worship to help people change their mentality. 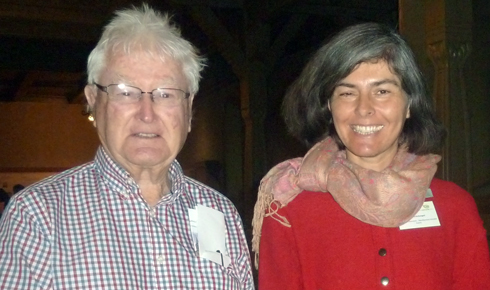 Columban priest from Australia, Fr Charles Rue, attended the conference. This was facilitated by Dr Henrik Grape of Lutheran Church of Sweden who he had met at Pontifical Consultation on Climate Change at the Vatican in 2005. He was pleased to meet Dr Anna Kirchengast who said that their Catholic diocese in Austria was active and had adapted resources on Climate Change published on the Australian Columban website.