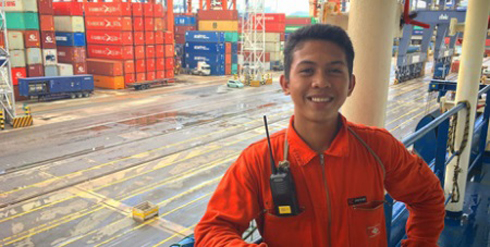 On July 8, the Catholic Church will celebrate the work of those men and women who work on the seas and those who minister to seafarers. In 1992 Sr Mary Leahy, a Brown Josephite Sister, began as Port chaplain in Sydney Ports, and in 2015 she became the Apostleship of the Sea (AOS) Regional Coordinator. In recognition of her many years of service to seafarers, Sr Mary received an OAM in 2013. Mrs Roslyn Rajasingman is the AOS National director.