What more depraved cultural, economic, community-approved practice is there than to have an 11-year-old girl given as a sex partner to a man more than 30 years older and call it marriage. It is a debasement of marriage itself for a start but so-called “child marriage” is practiced widely in several developing countries and some western countries as well.

I previously told of the 11-year-old Rosita, a child that was given to an old man in exchange for a payment called a “dowry.” A piece of signed paper and a payment sealed the trade and it was thereby made legitimate, according to the socio-cultural milieu and religious custom of the country. Girls in that country are devalued, dehumanized, denied their rights to a childhood and an education.

Instead of having rights and dignity as a human being, they are seen as a commodity with an economic value as a “child bride.” Poverty is used to justify the practice. The absence of love of the girl child by her parents is cruel and abhorrent. Selling her to an old man is a form of sex slavery. Rosita was taken away by the old man and sexually abused daily and became pregnant at 14 years.

So, what makes the desire and lust of the old man a natural right for him to sexually abuse an 11-year old child?  The child is totally helpless, has no say what-so-ever in what will be done to her and how her life will be ruined by sexual abuse. She will be traumatized and abnormal as a so-called “wife.” It is a practice that is condoned and legitimized with a trade but in reality that is just a screen for the sexual abuse of a child and this is known as paedophilia. What is even worse perhaps is when it is condoned by the socio-cultural practice by the parents, by community and even the rulers.

The man can’t have a normal relationship with a woman of his own age so he has a mental problem and a psychiatric disorder that impels him to have sex with a child. Repugnant as that is, it shows the gross disregard of child rights by some countries who fail to have laws banning the practice or failing to enforce them. 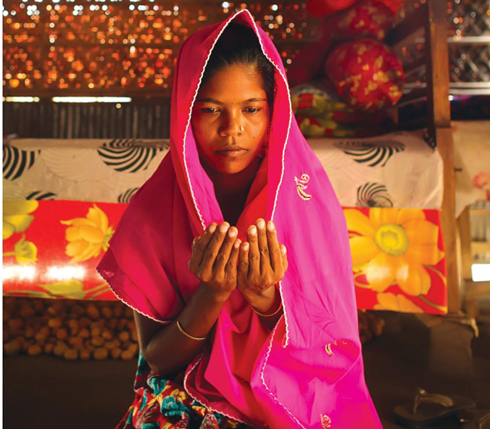 Male-dominated village councils and even national legislators in some developing countries demand that marriage with young children ought to be allowed. For example, the Pakistani National Assembly Standing Committee on Religious Affairs prevented the legislature from raising the age of marriage from 16 to 18 years-of-age and called it blasphemy and demanded that girls as young as nine years of age should be allowed to “marry.” Some even use religion to allow the practice to continue.

Child marriage is "a fundamental violation of human rights" and "a core child protection issue," according to the UN Convention on the Elimination of All Forms of Discrimination. UNICEF says that in today’s world, more than 700 million women were married before their 18th birthday and among women aged 20 to 24, one in four were child brides. As quoted by writer Geoffrey Johnston, former President Jimmy Carter says in his book published in 2014 that child marriage is  "a serious and pervasive example of gender abuse… an estimated 14 million girls get married every year before they reach the age of 18 and one in nine of these are younger than 15."

A commitment by international agencies and the UN to ending the child marriage practice is to persuade national assemblies to educate their populations on the human dignity and the rights of all children and their welfare and link it to development goals. There also has to be a much greater increase in public awareness around the world as to the huge extent of the child bride practice and to unite in opposing it in any way possible.

The general public in many western countries and developing countries has to have greater awareness and response to the reality of child sexual abuse that is going on all around them behind closed doors. Millions of children are sexually abused daily and few people are aware of it. The biological fathers, male live-in partners of their mother, relatives, and paedophiles sexually abuse one-in-four children, according to some experts. Children given to old men in so-called marriage is just another form of this sexual abuse with a thin veil of legitimacy. We have to be aware of the suffering of these millions of children and talk about it, share this article and others and raise a louder voice to the campaign to end the reprehensible practice.

Fr Shay Cullen SSC has been a missionary in the Philippines since 1969 and is the founder of the People's Recovery, Empowerment Development Assistance Foundation (PREDA).