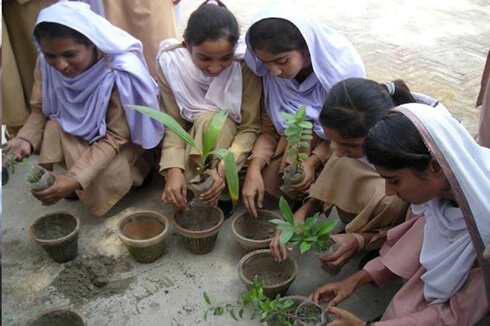 As rising temperatures cause more deaths, an Irishman is at the forefront of efforts to protect the environment.

Salma Adeel, a Muslim mother of three, works in a garment factory to support her family. She was forced to find work after her husband died during a deadly heat wave in Karachi in 2015.

"It was very shocking. My husband was a painter and used to take contracts to whitewash houses and buildings," she said.

"He had decent earnings and we were living happily. I never imagined that one day I would have to go and do an outside job. The first few months were very tough when there was no one to support us. I work nine hours a day and some days I work overtime to make ends meet."

Pakistan's climate is changing quickly and it's getting hotter every year. Adeel's husband was not the only victim. More than 2,000 people died from dehydration and heat stroke during the record-breaking hot weather in southern Pakistan in June 2015.

Since then, government organizations and environmental NGOs have been running public awareness campaigns to keep people safe during extremely hot summers.

While climate change remains a huge challenge for Pakistan, Fr Liam O'Callaghan, an Irish priest based in Hyderabad, has joined efforts to reduce its impact.

"It was saddening to see people dying all around due to the heat wave, and that was the time I decided to play my part to combat climate change," the Columban priest said. 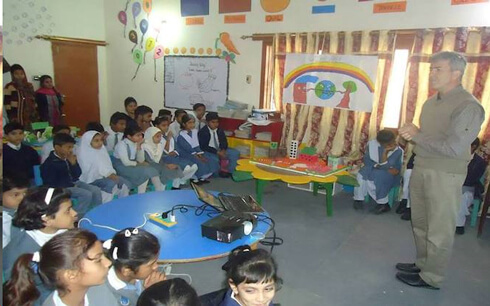 He carries out his mission without any discrimination against sects and religions. He approaches Catholic, Protestant and government schools to train students and teachers to avoid habits that may spoil the atmosphere and environment.

In the last two years, he has formed two 25-member groups for protecting the environment. Each group contains Christians, Hindus and Muslims working in unity and harmony in their respective areas of Hyderabad and Mirpur Khas.

"These two interfaith groups are doing a good job. They are creating awareness about challenges due to climate change, shortage of water and unhealthy and unhygienic surroundings in their areas," Fr O'Callaghan said.

"Our volunteer members are helping us to reach out to more people, groups, institutes, schools and colleges with our mission to make people aware about the challenges earth, our common home, is facing.

"Ecology issues cannot be solved if we only work within the Catholic Church. People from all religions, castes, tribes and nations are living together and must work together to deal with it. I am happy that the bishop and my fellow priests are supporting my work.

"In the beginning, it was difficult for Christian and Hindu members to work with Muslims due to fear and a negative mindset about them. I am happy that working together has broken those barriers and helped them to work together. Last year all members of our groups also came to gather for Eid and Christmas parties."

Fr O'Callaghan is a coordinator of the Ecology Commission in Hyderabad Diocese and a member of the Justice, Peace and Integrity of Creation of Columban priests. He also led the translation of a papal document on climate change, Laudato Si, to Urdu in 2015.

"The major issue of climate change and increasing heat in cities and the country is due to the shortage of trees in cities," said Fr O'Callaghan. 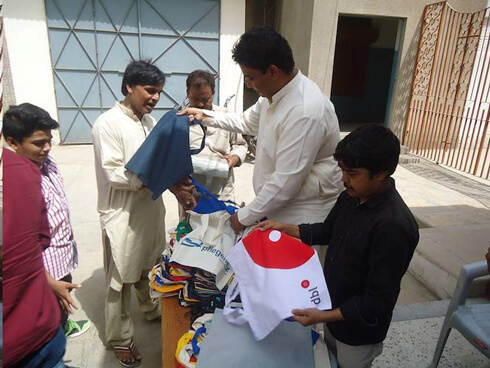 "Trees cut for construction purposes and for the development of cities have not been replaced until now. Along with Caritas Pakistan and the Catholic Board of Education, we are working to plant as many trees and plants as possible in schools and church premises."

The Ecology Commission is also training people to avoid the use of plastic bags and is promoting eco-friendly bags made from clothing.

"We are also encouraging people to keep plants in their houses and if possible plant a tree outside. We have also taken our volunteers to parks to clean the surroundings. Most of the rubbish we collected was plastic bags," Yakoob said.

Commission members have also met government officials and political leaders to encourage them to be part of their campaign to protect the environment.

"We have had a mixed response from government officials and political leaders. No great action has been taken by them but we are very much hopeful and will keep on trying to achieve our goals," Fr O'Callaghan said.

The Irish priest said people are in the habit of throwing wrappers and garbage on the ground instead of waste bins. It will take time to change their behavior.

"We use presentations and video documentaries to make people aware of issues they are facing due to climate change. I appreciate the spirit of school students. They are showing a huge interest and learning things to keep their surroundings clean, save water from being wasted, take care of plants and to drop litter in bins," he said.

Caritas Pakistan has pledged to plant one million trees in Pakistan from 2016-20 to combat climate change and heat waves. 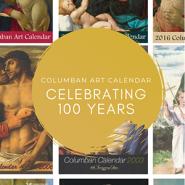