The late dawn of a restless dream

A faith born in the shadows cast by a single candle in a tightly curtained room of a small farming village in China emerging from the repression of the Cultural Revolution in the early 1980s blossomed on February 4 in the chapel of the Columban Seminary in Manila, as Peter knelt before Bishop Honesto Ongtioco to be ordained a deacon, becoming a minister of the word of God that he had imbibed in the clandestine darkness of his home so many years before. 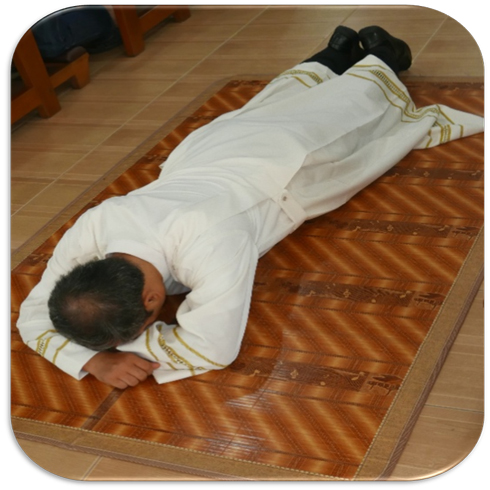 The ordination was also the fulfilment of a dream born in the imagination of an Irish priest working in China over 100 years ago.

As the bishop of Cubao laid hands on the first Chinese member of the Missionary Society of St Columban, the dream expressed by Bishop Edward Galvin in the 1920s, only to be shelved in the face of mounting instability and the pressure of founding a new mission, took a first, but tentative step.

Born on January 27, 1982, Peter and his older brother, along with their parents lived their Catholic faith behind the curtains. “We could only attend Mass perhaps at Easter and Christmas, as the church was a long way away and we could not arouse suspicion about our religion among our neighbours by making the trip too often,” he explained.

Life was hard on the family’s small farm that produced only a subsistence living. As the second son of a farmer, Peter, along with his brother learned about life on the land from his father, but in the darkened room the flicker of the candle awoke in him a flicker of faith and with it was born an awareness of the colour it could bring into his life.

But the fancies of a child are not the matured faith of an adult and, although he was aware of the strange longing developing inside of him as he made his way through middle and into high school, it was not until he was in a seminary college that he began to put it into words.

However, his first days in the seminary were not the smooth road of a growing vocation and after six months the rector told him he should go home for a while, as it appeared he was not enjoying the life. At 17-years-of-age his dream was shattered, but his father encouraged him not to give up and he was later accepted into a seminary. But what was to unfold was far from what he had imagined when he packed his bags to leave home for the second time.

An encounter with a foreign missionary who visited the seminary started him thinking in a different direction, prompting him to take learning English seriously and contemplating a life quite different from the direction in which his classmates at the seminary were heading.

Then it was off to Manila for studies; language, philosophy, theology and many other subjects.  After a year of concentrated spirituality was the move to Chile.

“It was not just another language, but a whole new vision of life,” Peter recalled. He explained that the highly sensate culture of Chile came as a huge shock to him as a young Chinese man with little sense of the importance of feelings.

“I began to feel a God of warmth, a God who laughs and is close to his people, not distant as I had experienced in China. Everyone was the same in the Church - bishop, priest and people - in the Church we were all at home,” he said.

“Learning Spanish was like opening a window to equity in relationship among the people,” he went on. “Through this foreign culture I could see how I could be with people and it taught me so much about the beauty of my own Chinese culture that I had never noticed before.”

He learned to laugh; at his own mistakes, at the humour of what does not work the way it is intended and to hear God laughing with the people. 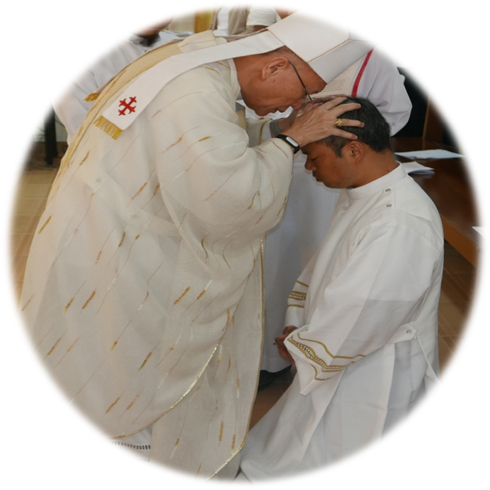 “As a young boy I was taught that Jesus did not laugh and that life was a serious matter, but in Chile I learned that in fact, Jesus laughed a lot,” he explained. Peter began to feel a deep gratitude to his parents for his life. “They were refugees from hunger,” he said, “as they moved south in search of a place with food during the great famine and then paid a big fine in order to be allowed to give birth to a second child.”

This taught him another great lesson. “I also learned to cry. I cried unashamedly when my best friend died in a car accident. It was a lonely feeling, but I learned through the tears to understand how I felt.”

He added, “I cried in Cubao when an old missionary told me he wanted to die in the Philippines. Chinese people usually want to die at home, but in my tears I reflected that I will die somewhere and I came to realise I did not care where. It is in God’s hands.”

His tears were somehow a solvent for the restlessness Bishop Ongtioco referred to at his ordination ceremony, as he spoke of the restless heart of Job that only settled when he placed his life in God’s hands, and St Paul, whose desire to move on was frustrated by the people that continued to flock around him.

Peter was restless when he was asked to leave the seminary, but explained that God spoke to him through the people who encouraged and enabled him to find another direction in his life.  The restless faith of his father calmed him as he clothed him, this time not in the shroud of secrecy, but the stole of a minister of the word of the God in whom he believes so strongly.

The gestures and mannerisms of Bishop Ongtioco showed Peter that life is more a melody to be danced to than prose to be walked with and once again tears moistened his eyes as he struggled to find words to thank those who supported him on his journeys across the expands of God’s creation.

But what for Peter was a red letter day experienced by many before him, for the Missionary Society of St Columban was one that has taken around 100 years to dawn. One chapter of its life in China closed with the expulsion of its last member in 1954, but Fr Dan Troy commented that a decision made five years later by the then superior general, Fr Timothy Connolly, to send a young Fr Ned Kelly to the USA to study Chinese and culture has become the prophetic opening of a new era.

But in one sense what was a day of fulfilment of many dreams, in another, was just a peep at the restless dawn of Bishop Galvin’s dream of finding others to follow him.

Columban Fr Jim Mulroney is the Editor of the Sunday Examiner in Hong Kong.