Travel in Pakistan can sometimes be a nightmare 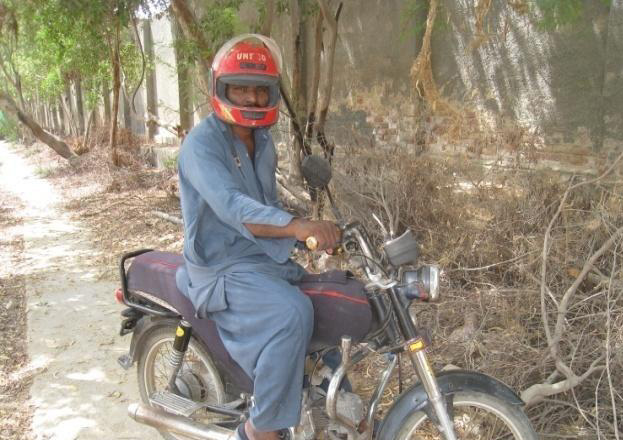 Travel in Pakistan can sometimes be a nightmare. But occasionally these nightmares can be opportunities to experience the goodness of people here.

This happened twice in recent times.

There was a lot of road works going on in Karachi as I made my way unsuspectingly towards the airport. Suddenly all Karachi seemed to be travelling to the airport too, or at least in that general direction. This was one o’clock in the morning, but it was Ramazan, the Muslim month of Fasting. Due to the road works the traffic couldn’t make progress. After two hours like this, it seemed that I wasn’t going to be flying out home for a much-needed vacation. I reconciled myself to this when suddenly a small ray of hope shone through. Following this lead, I found myself back at the petrol pump where I had the tank filled earlier in the day. Suddenly a kindly rickshaw offered to take us to the other side of the dual carriageway. It seemed impossible. He took charge of the driving. He wasn’t even a good driver. He knew of a hidden tunnel under the roads. I was reluctant to go there but thought what do I have to lose now. On reaching the other side suddenly we were close to the airport and all the traffic had disappeared. We could see the garage from where we had just come. I was on time for my flight.

Within five months I found myself almost in the same spot unable to get to a Columban meeting being held in the opposite direction. Because of a protest march, the police wouldn’t allow me to use a fly off bridge. I don’t know the area or possible alternatives. “Just follow the traffic”, he said. I didn’t have much faith in that but what else was there to do. I became truly lost in a jungle of road works and unfinished roads. Through following his helpful instruction, I arrived at that spot where help had materialised previously. Now everything was different. That tunnel was blocked and there was a flood of water there.

I sat in the vehicle wondering what to do. I rang the other Columbans and said I was returning home to Badin. Then suddenly I notice a motorbike rider. I looked for directions. After seeing that I couldn’t follow then he offered to guide me to an opening to the main road. For the next hour, I followed my rescuer through all sorts of back streets. I could see his helmet in front of me making his way through traffic, sewerage and very narrow laneways. I lost sight of him a few times, but he waited for me.

As I sat driving, occasionally thoughts of distrust sprang to mind. I can recall some of them: “Maybe I am being lured into a kidnapping situation”, “Maybe when he is out of sight he is in contact with others on his cell-phone”. I had one experience previously travelling on a coach where I was drugged, robbed and missing for twenty-four hours.

But this situation had a different feel about it. Finally, my guide stopped and pointed to the main road just ahead. As I thanked him, I realised that he represents the best of Pakistan, their hospitality.

Traditionally people in Pakistan take visitors under their protection. There was no payment accepted. My rescuer had used petrol, his time and good will on a complete stranger. Abraham entertained strangers to discover they were angels. I was on the receiving end of Pakistani Muslim hospitality. It has been like this for over twenty years. Someone always comes to the rescue. Besides I am the recipient of the generosity of the Tribal People of the Sindh among whom I live.