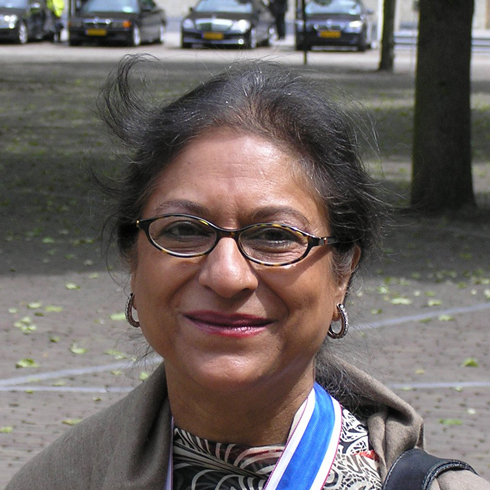 Social Justice is about upholding the principles of social justice which promotes gender equality or the rights of indigenous peoples and migrants. We advance social justice when we remove barriers that people face because of gender, age, race, ethnicity, religion, culture or disability.

For the United Nations, the pursuit of social justice for all is at the core of our global mission to promote development and human dignity. Most migration today is linked directly or indirectly to the search for decent work opportunities. Even if employment is not the primary driver, it usually features in the migration process at some point.

On February 11th Pakistan mourned the death of Asma Jehangir: Pakistan’s moral compass, a lawyer and human rights campaigner who fought for women, children and religious minorities in her native Pakistan

For four decades the Pakistani lawyer Asma Jahangir, who has died on February 11th 2018, aged 66 after a cardiac arrest, led the way in the struggle for human rights – especially those of women, children and religious minorities.

Undaunted, she raised the profile of human rights by taking up the cases of the poorest and most helpless people, setting up – with her sister, Hina Jilani – the first centre offering legal aid in Pakistan. In 1987 she co-founded the Human Rights Commission of Pakistan, later becoming its chairperson, a position she held until 2011. Her work gained global recognition for fairness in defending the most underprivileged, as did her outspoken condemnation of Pakistan’s blasphemy laws, leading to death threats against her.

She was a street fighter and paid for it. She was bundled into police vans, put under house arrest. Her car was trashed. Hitmen held her relatives hostage. Every attack left her more energized than ever. Briefly in jail in 1983, she thought it a great adventure.

Her model was her father, a parliamentarian who had resigned in 1971 to protest against military rule. He too was sent often to prison. As a teenager she was already a troublemaker, complaining at her convent about the undemocratic selection of the head girl. In her prim school uniform, she also scaled the gate of the Punjab governor’s house to plant a black flag against military rule.

The poor and the beaten

When the phone rang at her law offices in Lahore, she would always answer it. If she missed a call, she would swiftly return it. Someone needed help, and she was often the only person in the country they could turn to. Her critics sometimes accused her of profiting from adversity, being a glory seeker. On the contrary, she was defending democracy, secularism, judicial independence, human rights. She had come to the law enchanted with it, studying it at home because she was debarred, as a woman, from lectures. She believed in its power to right wrongs.

High-profile cases did not attract her. She preferred to defend a 14-year-old Christian boy accused of scrawling blasphemy on the wall of a village mosque, and to save him from the death penalty, which she abhorred. Though she was Muslim herself, it was a personal matter. Once she fought for a group of poor bonded brickmakers, who owed thousands of rupees to their employers. When the judge asked her why she had brought such people into his court, she replied, bluntly, that he was there precisely for them. Ideally, to weaken the feudal system that enslaved them. At the least, to listen to the victims.

And no group was victimized more than women. They were treated as possessions in Pakistan, beings who should not question and should not think. She knew about that. She helped women trying to escape loveless marriages, one of whom was killed in her law offices at her mother’s instigation. She provided a shelter for them, again the first. By this year she felt women had made progress. But not nearly enough.

With so much energy and noise, she was noticed internationally. She became a UN special rapporteur for human rights, travelling to Iran, Afghanistan, Palestine and Chiapas. All the cases she encountered caused her anguish, but her chief concern remained Pakistan. For all the danger to her, she had never thought of leaving. Her ancestors were buried there. It was home.

And now in death, Asma was a challenge.  Typically, Pakistani funerals, like other Muslim religious gatherings, are strictly gender segregated. But as thousands gathered at a Lahore stadium to mourn her loss, women in the crowd slowly pushed their way forward, until they were standing shoulder-to-shoulder with the men. It was written that it was “Asma’s last subversive act”.

May Asma, as she has been laid to rest, experience the Compassionate and All Merciful God whom she served in this life in and through her commitment to the poor and oppressed rest in peace. Amen.