Asia Bibi finally reunited with her family in Canada 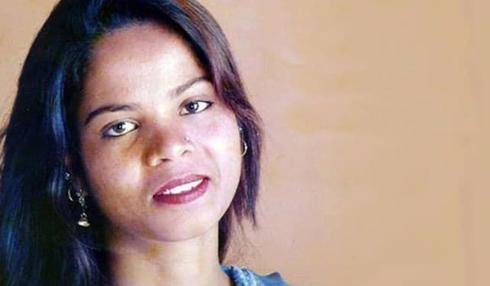 Asia Bibi, the Catholic woman acquitted of blasphemy after spending eight years on death row in Pakistan, left for Canada on the evening of May 7, her lawyer has confirmed.

“She was reunited with her family in Canada more than five hours ago,” Saiful Malook, who represented Bibi in the Supreme Court of Pakistan, told ucanews.com on May 8.

The mother of five had been on death row since being convicted of blasphemy in 2010 and was held in solitary confinement. In a landmark judgment, the apex court quashed her death sentence last November and ordered her immediate release from prison.

The ruling, however, sparked violent nationwide protests that came to an end only after the government agreed to stop Bibi from leaving Pakistan until a challenge to her acquittal was heard by the top court. The court, however, upheld Bibi’s acquittal on Jan. 29, allowing her to exit Pakistan.

Days after the court ruling, she was airlifted from a prison in Multan to the capital Islamabad, where she was reportedly kept in a safe house due to death threats. There had been conflicting reports about her whereabouts after some Canadian reports stated that she had left Pakistan in January.

According to the Daily Mail, a British daily newspaper, Pakistan Prime Minister Imran Khan was frequently opposed by his army regarding Bibi’s departure from the Islamic republic.

“The Pakistan army's objection all the way through was that if they let her go, and she went public rubbishing Pakistan, it would be bad for all of them. It was all because the army didn't want her to go,” the newspaper quoted a source as saying.

Bibi’s two daughters flew to Canada some months ago to start new lives in safety.

“But Asia and her husband could not go with them because Pakistan's government promised the Taliban mullahs that she would not leave the country. She has been in a terrible limbo ever since, waiting for the government to sort her safe passage but not knowing whether they could achieve it,” the source said.

Bibi was sentenced to death in 2010 after being accused of insulting the Prophet Muhammad by a group of Muslim women who were angry she had drunk from the same water container as them.

“We knew she would leave this week but did not know the exact time. Besides security issues, her travel documents, including passports and identity cards, were being made,” said Francis.

“However, the courts still panic when dealing with victims of blasphemy laws. Their cases go pending for years despite the proven fact that testimonies are fake in such cases. Pakistan must take effective measures to prevent the abuse of blasphemy legislation and the use of violence against religious minorities.”

The Human Rights Commission of Pakistan noted in its 2018 annual report that 18 people became victims of blasphemy laws last year. These comprised 16 from Punjab province and one each from Sindh and Khyber Pakhtunkhwa provinces.