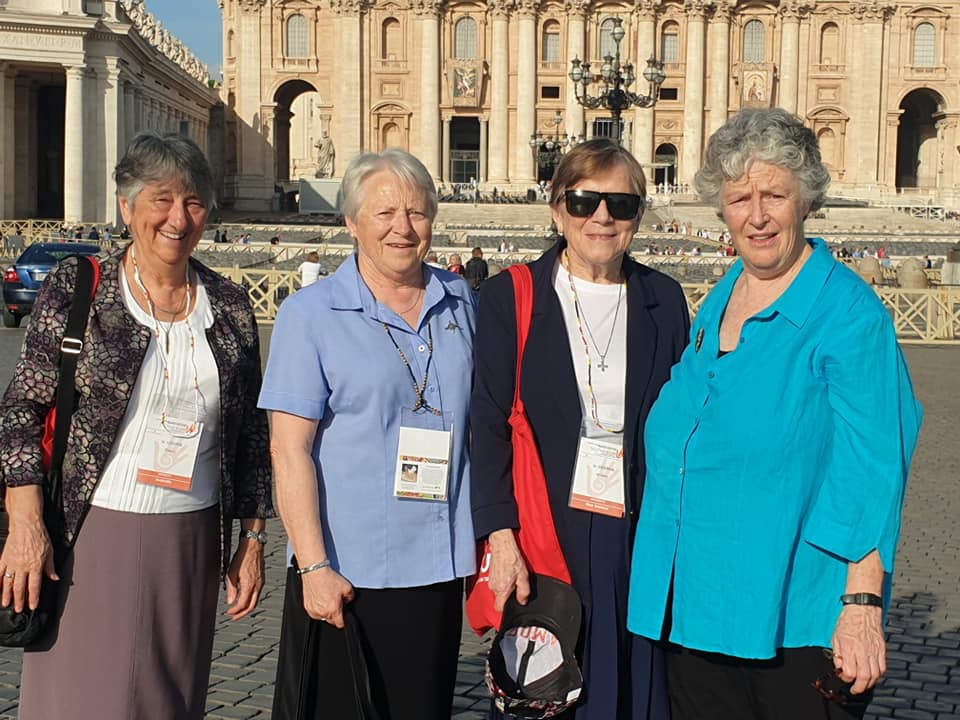 Sr Louise Cleary CSB was recognised at the opening ceremony of the Talitha Kum General Assembly, the International Network of Consecrated Life Against Trafficking in Persons, which was held in Rome, from 21 to 27 September 2019.

The General Assembly celebrated the 10th anniversary of Talitha Kum, which was established by the International Union of Superiors General (UISG) in 2009 and is an international network, represented in 70 countries, connecting organisations working to eradicate human trafficking.

Louise, who is a member of Australian Catholic Religious Against Trafficking in Humans (ACRATH) and the Catholic Religious Australia (CRA) Justice Committee, was acknowledged for her significant and dynamic contribution to the ongoing work of raising awareness about human trafficking around Australia, inspiring collaboration among community groups and identifying the need for legislative and policy change.

“This award needs to be seen as recognition of the teamwork of many religious and our collaborators across Australia,” said Louise. “Human trafficking is a global phenomenon that requires significant collaboration both at the national level and international level, if any gains are to be made in addressing this evil.”

CRA President, Peter Carroll FMS congratulated Louise and said, “The work of Religious towards the elimination of human trafficking is invaluable and goes to the core of our Gospel values to protect and free vulnerable people from oppression. We are deeply grateful to religious, like Louise, for their tireless efforts.”

“Being part of an international network has facilitated the ability for organisations such as ACRATH to work locally but with a global awareness,” said ACRATH President, Noelene Simmons SM.

The expression ‘Talitha Kum – arise’ is found in the Gospel of Mark and has the transformative power of compassion and mercy. It awakens the deep desire for dignity and life, which may be asleep and injured by the many forms of exploitation.