Columbans report on destruction of Chile 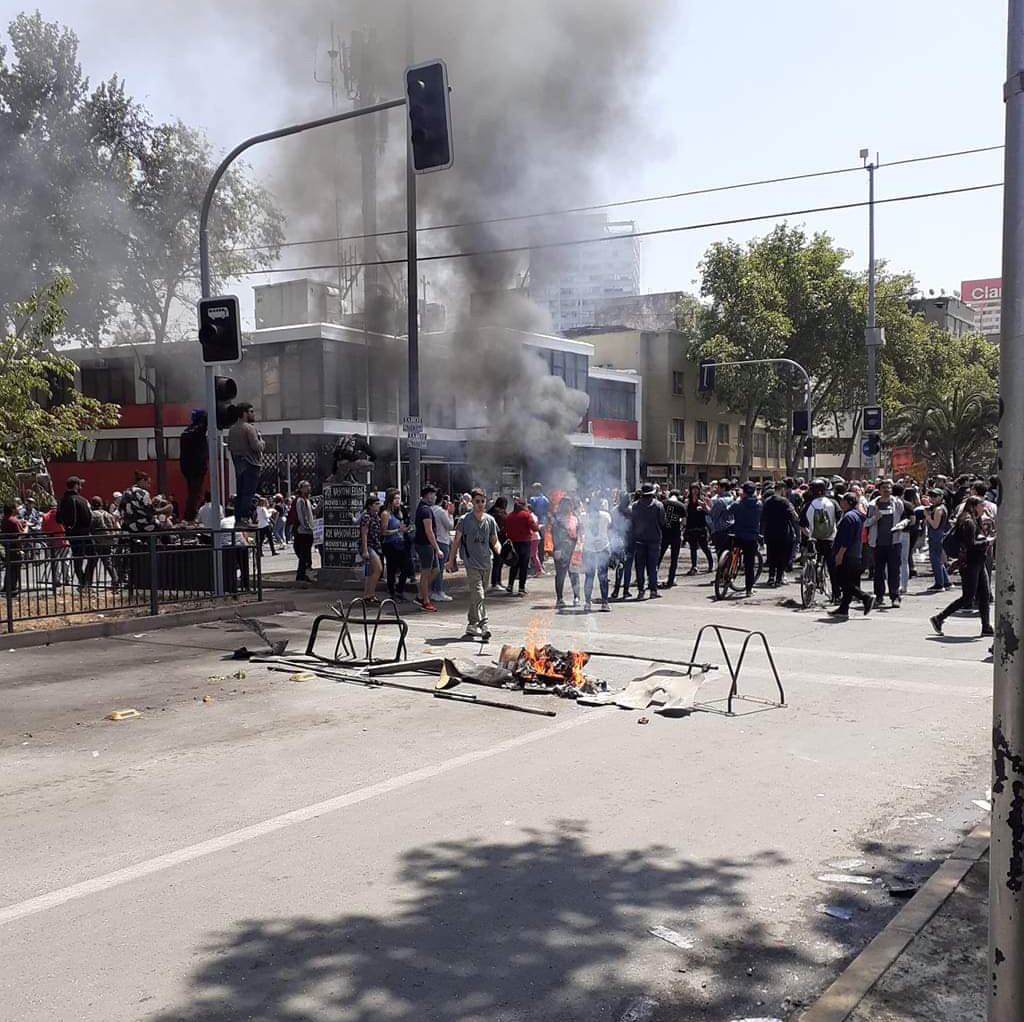 This morning we received the following news and images.

Lots of gunshots nearby and tear gas fired. Helicopters flying overhead all day sometimes firing tear gas which is burning my eyes right now as I sit at home.

All are supermarkets looted, over 150 police injured and hospitalised, some very serious. Several people killed, including 3 women burnt to death in a supermarket they were looting while others set it alight. Over 100 metro stations damaged and at least 15 totally destroyed. All our local shops closed for fear of looting.

I felt sick celebrating Mass this morning, while our local supermarket half a block away was being looted and set on fire by a violent mob. This is where our local ATM machine was, but now looted and gone. The police arrived and fired tear gas which reached us.

Yesterday I had to drive along a main road with burning tyres and hundreds of mobs shouting. Mobs are looting anything they can get their hands on, even local markets, local shops, chemists, car yards, bakeries etc.

People including us 3 priests, have started hoarding food because we don't know how long this will go on for. We have stored water as well, which is many parts of the city is already cut off. Electricity could be cut soon. Almost 3,000,000 people use the Metro every day to go to work, now much has been destroyed.

The military are battling with protesters in the city centre. A very good cause-- low wages, high costs of living and a rise in Metro fares, taken over by well prepared, planned Anarchist hooded groups who try to do as much damage as possible.

Due to all of this, I am very sad for the destruction of a beautiful city with years of hard work getting a good public transport system working. I am quite safe as well.

Please pray for the people in Chile. 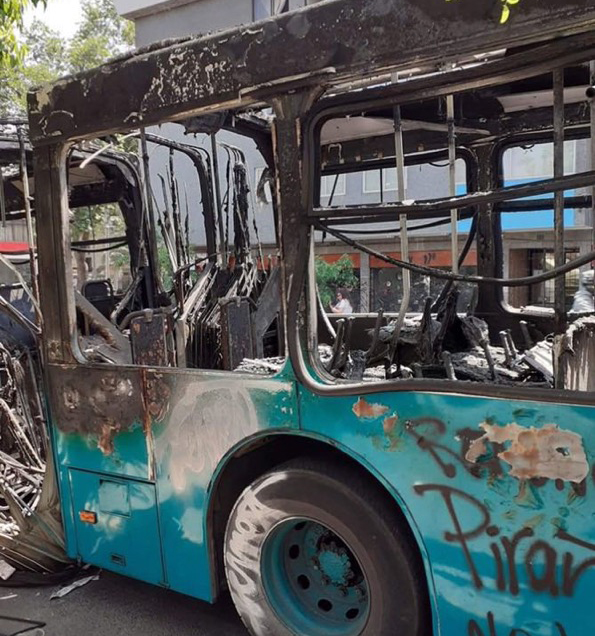 ‘Would you believe that 41 metro stations have been trashed and set alight along with three big tall buildings in Santiago and countless supermarkets have been looted.

The word is, it’s going to cost $300 million US to fix the burned metro trains alone.