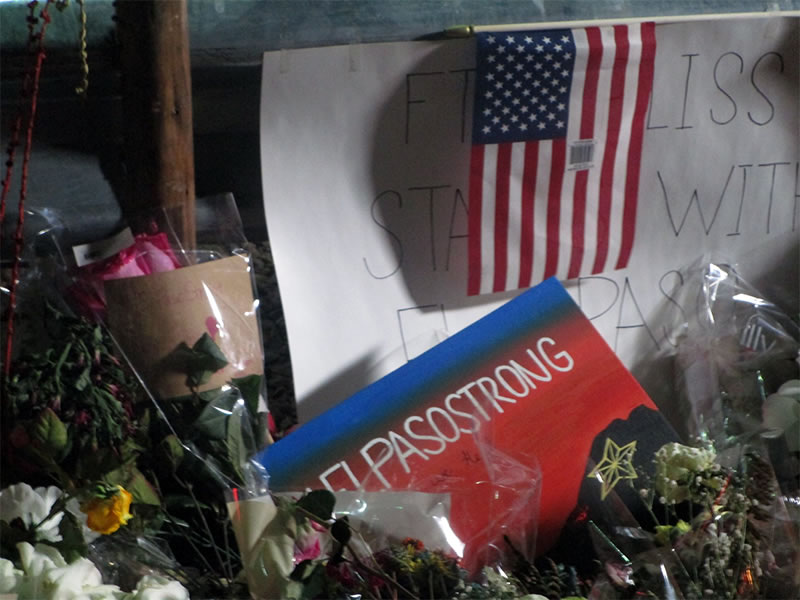 The US Region of the Missionary Society of St. Columban has released a statement in response to the horrific El Paso and Dayton shootings. See below.

We pray for all the victims, their families and communities, and Columbans who live and serve in the US Regions of El Paso - Juarez.

The US Region of the Missionary Society of St. Columban stands with the families and victims of the violence that left 31 persons dead and many more injured in El Paso and Dayton over the weekend, and decries the culture of racial hatred promoted by our nation’s leaders who engage in the politics of division and intolerance toward immigrants and people of color.

As Columban missionaries working on the El Paso – Ciudad Juarez border, and as Columban advocates working in Washington DC, we unequivocally condemn the display of senseless murder of 31 members of our border and Dayton, Ohio family, victims of a massacre and domestic terrorism committed by two gunmen, armed with automatic weapons and driven by hatred toward immigrants at our southern border and violence toward others, including African Americans, in a Midwestern city.

These acts of domestic terrorism and racial hatred, however, were not isolated acts. They were driven by a culture of hatred and violence toward immigrants, Hispanics and African Americans, Muslims and Jews. Such overt racism and violence in our society has no place whatsoever, particularly when it has been expressed, enabled or condoned by the leaders of our nation.

We have made an idol of guns, and failed to protect people. We must hold our elected representatives accountable, and challenge their failure to stand up to those who profit from the proliferation and easy access to guns and automatic weapons that are literally killing us. As long as we fail to address the underlying issue of gun violence in our country, we will continue to see mass shootings and massacres like we saw this weekend in El Paso and Dayton. Gun violence, white supremacy and racial hatred are all intertwined.

We are equally indignant at the initial lack of strong condemnation by name of domestic terrorism by our government leaders, including our President. These were not simply single gunmen acting alone, or the acts of mentally unstable people. They were acts of hatred, racism and violence, stemming from a culture of racism and violence by racist and white nationalist groups, enabled or condoned by many of the nation’s political leaders, either through statements or through silence.

There is no place in our society for hateful words or violent actions, nor for guns and automatic weapons that put the lives of innocent people at risk. There are more guns in our country than people. We must finally stand up and say NO to those who defend guns rather than people.

We are people of a God who embraces and upholds the dignity of every person. We are people of a Gospel that compels us to defend and protect life, especially of those who are most vulnerable. We are a church which, in the words of Pope Francis, is committed “to make active nonviolence our way of life.”

Our belief in God is a reliance on a powerful source of strength and light that will keep us on the road of solidarity with the poor and the refugee, no matter what. Now is the time to be bold and prophetic, and let our voices be heard.