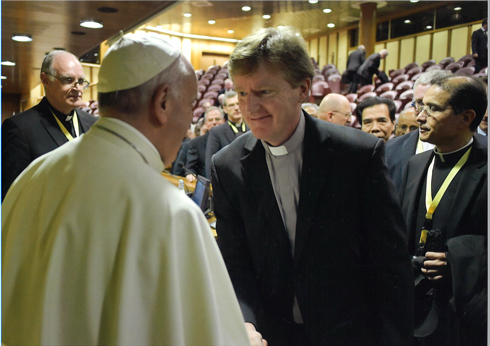 As he ends his tenure as Columban Superior General, Fr. Kevin O'Neill, shares that the 2018 centennial was an opportunity to look to the past with gratitude and "to celebrate our continuing participation in God's mission today."

There are no accidents. Twin brothers Kevin and Peter O'Neill were born on November 23, 1962, the feast of St. Columban. In 1962, their parents, John and Ruth, had little sense that both of their sons would become Columban missionaries. But then, when Bishop Edward Galvin was born on November 23, 1882, his parents had little sense that he would found the Missionary Society of St. Columban. God is a God of surprises.

The O'Neill brothers grew up in the Australian port city of Geelong, which lies about 46 miles south west of the city of Melbourne. Of the six siblings, three joined religious life. Fr. Kevin's brother Peter joined the Columbans first and served in Taiwan helping undocumented migrant workers. Fr. Kevin studied chemical engineering before he joined the Columbans. Later, he too also served in Taiwan. He was previously based in Hong Kong, where the Columban General Council is located. Frs. Kevin and Peter's sister Kate is a member of the Congregation of Our Lady of the Missions and works in the Philippines.

As Superior General, Fr. Kevin very much felt the hand of history on his back as he followed in the footsteps of Bishop Edward Galvin and Fr .John Blowick, who as young men founded the Maynooth Mission to China which became the Missionary Society of St. Columban. "They had a great sense of God's call for them to be missionaries."

Fr. Kevin described the Society's centennial as "a wonderful gift and opportunity" for Columbans to celebrate their continued and unfolding participation in God's mission the past 100 years and to all those who have been a part and who continue to be a part of Columban mission, particularly benefactors. "Many of our benefactors have gone to God and we know that they are continuing to pray for us, so we pray for them and their families." He also knows that "Columbans – priests, lay missionaries, sisters – who have returned to God are looking over us and celebrating with us."

Among the challenges missionaries face today is the challenge to "be people of faith and hope" and "to continue bringing the Good News of God's Reign as lived and proclaimed by Jesus." Another challenge he identifies is inviting people to participate in Columban mission as priests, lay missionaries, co-workers, benefactors and supporters.

One of the gifts of 21st century missionary life is that it is far more intercultural than it was in the past. "When we first started, it was predominantly young men from Ireland who joined; then within a few years young men from Britain, New Zealand, Australia and the United States, mostly from the Irish disaspora, joined. Since the early 1980s, we have welcomed young men from most of the countries where we work. Now our membership is blessed with a great diversity of cultures with young men from Latin America, Oceania and from Asia."

In tandem with this development, the Columbans began inviting lay men and women to join them on mission from the late 1970s. "We would still have some that would come from the western countries but predominantly the younger face of Columban mission is now from Asia, Oceania, and South America. It is a gift to have that diversity – there is also the challenge of coming to a deeper understanding of each other's cultures and what those cultures bring to the lives of the Columban missionaries and God's mission." 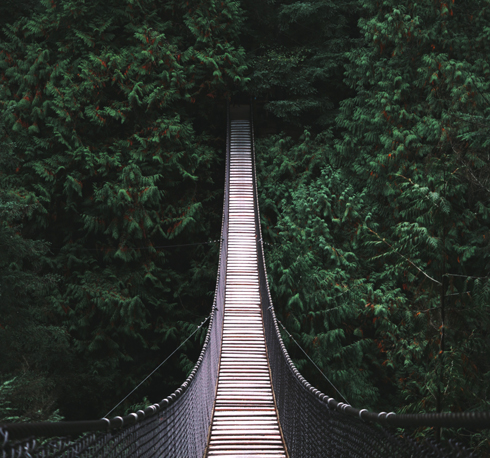 Missionaries, Fr. Kevin believes, have "the ability, because of our experience, to bring people together to create bridges and to try to alleviate fear of the other and the unknown. To be able to celebrate the diversity that is in the world among people from different nationalities, cultures, and the different religions which make up our world today."

One of the themes to emerge at the mission colloquium in Ireland in February 2018, which brought together leaders and practitioners of mission from Europe, Asia, the Americas and Africa, including seven Superiors General and two Vicar Generals from nine international missionary institutes, was the need for missionary congregations and societies to collaborate more closely. "Working together we can bring about communities of love and solidarity throughout the world." This can help counteract the sense of fear of the stranger that sometimes overtakes people and societies. Diversity, he stresses is "a real joy."

"There was a desire among all of us at the colloquium to be more aware of the needs of our world, of our church and the needs of society today, particularly the needs of the poor and marginalized. The call to work with migrants, refugees and asylum-seekers was also echoed at the conference; people are having to flee their homelands for all different kinds of reasons such as unemployment, war, and as climate refugees. So, our call is to be with them in solidarity, to empower them and to encourage them to share their story."

Another area which conference participants highlighted was the area of ecology and Laudato Si. "Pope Francis has said there is a need for an ecological conversion and to look at the practical ways each one of us can have their own personal ecological conversion. As Missionary societies, we need to ask how we can contribute to education in the area of care for the earth and ecology and to try as best we can to live more lightly on this earth."

As his term of office as Superior General ended, Fr. Kevin said of his ministry of leadership, "I've grown into an understanding of the role of leadership as also being a part of mission. Over the years I've learnt that there are many different dimensions of mission and leadership is a very important part of that; it is different to the other experiences I have had. When I was in Taiwan, I was a prison chaplain for eight years. When I was in China, I was our vocations coordinator and at various times I had the opportunity to lead recollection days or days of retreat for parish communities and groups of Sisters."

"I've enjoyed it. There have been challenges. As we become smaller, there is the challenge of having to hand over some of the ministries that we have been engaged in for many years. Sometimes letting go is not easy but it is also part of the missionary journey. When we do let go, we don't let go lightly, because we really value the contribution that we have made to those particular ministries. But neither do we really hold on tightly because it is God's mission – it is not our mission."

Having served on the Columban general council in Hong Kong for six years, Columban Fr. Kevin O'Neill is now living and working in Australia.