One of the last living links with the first Columban mission in the diocese of Hanyang in China left this world on October 19 with the death of Fr Joseph Yu Kehang in Melbourne, Australia. 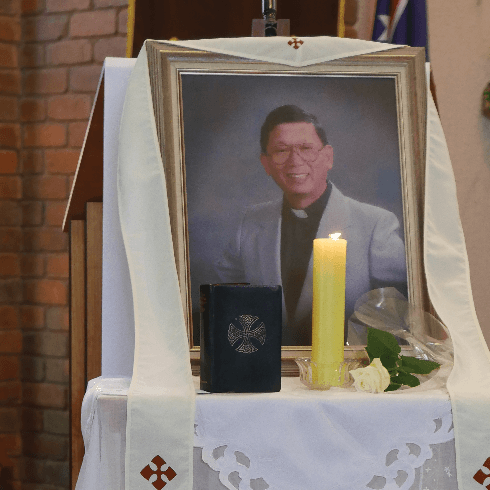 While the tangible may be short-lived in the frames of human history, relationship and memory attribute a much longer lifespan, as evidenced at a memorial Mass celebrated in the parish church in Hanyang on October 24 with the descendants of his brothers; James and Paul; and sisters, Elizabeth and Mary; together with their friends and fellow parishioners.

There was a bubbling energy among the Yu family as they recalled the 93-year-long life of their uncle, cousin or revered and distant, holy father.

In stories of experience and hearsay, they acknowledged the faith-filled contribution that one from their number, exiled by the turbulent waves of history from his homeland, had made through his life of faithful service in a Church far from where he was born.

For all but 21 years of his life, Joseph Yu lived in exile from his native land. Born onMarch 9, 1926 in the village of Yu Jia Ji (place of the Yu family) on the outskirts of Hanyang city, he was an altar boy for Columbans in the early days of the society’s history. Some say he served Mass for its co-founder, Bishop Edward Galvin, others that he was a regular altar boy for Fr Pat Hennessey.

Whatever the accuracy of these details, he did join the countryside seminary founded by Bishop Galvin at Huan Jia Wan. The buildings still stand like a memorial to those who laboured there, their proximity to the place of the birth of Joseph Yu an heirloom for the many who to this day cherish him in their hearts.

As one chosen by Bishop Galvin for overseas study, in 1947 at just 21-years-of-age and on the cusp of his manhood, he boarded a Yangtze River steamer for Shanghai from where he would begin his journey to the far off shores of Italy.

As he gazed at the receding shoreline of his native land, little did he think that it would be 30 years before it would once again come into the line of his eye. Even further from his mind would have been the vision of being a member of an Australian government trade delegation when eventually he did again set foot on the soil of what was by then a radically different Middle Kingdom. 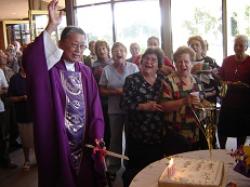 Far more than anticipated, he was off on a journey into the unknown. Study in Genoa prepared him for the seminary in Rome at Propaganda College, during which time he would have read of the proclamation of the People’s Republic of China on October 1, 1949 by Mao Zedong and the subsequent expulsion of Columbans and other missionaries that followed.

He would have read of the suppression of the Church and, by the time of his ordination on 7 December 1954, all dreams of return would have faded. A few short months later, he set sail for a new home in Melbourne, an inadvertent missionary to a land not of his own choice and in which he was destined to die some 64 years later.

His first ministry was as chaplain to the Chinese diaspora in his adopted city. He was living in the parish of East Kew, which in his fumbling English he could only utter as East-a-Kew.

But he grew in love and knowledge of this Land Down Under and in 1970 was given the challenge of building a new parish from scratch in North Reservoir, where this time his skills in the Italian language would prove immensely valuable.

An early photograph shows him standing among the weeds and thistles in a paddock with naught but the frame of a primitive hall in the background. His determination to build a community of faith and love quickly grew into a thriving enterprise complete with school and an attractive church dedicated to St Joseph the Worker.

A beautiful bass relief of the saint at work on one wall of the new building was his pride and joy—an artful expression of his belief in the sanctity of the work of human hands and a tribute to those, who like himself, had left their homeland to toil and sweat on foreign soil.

On his 80th birthday, he returned to the parish he called home and those who gathered to celebrate gave thanks for his prayerful and gentle style of leadership.

When marking his 50th anniversary as a priest, his guiding way of inspiring often radically divergent groups to work together in harmony was the subject of gratitude. 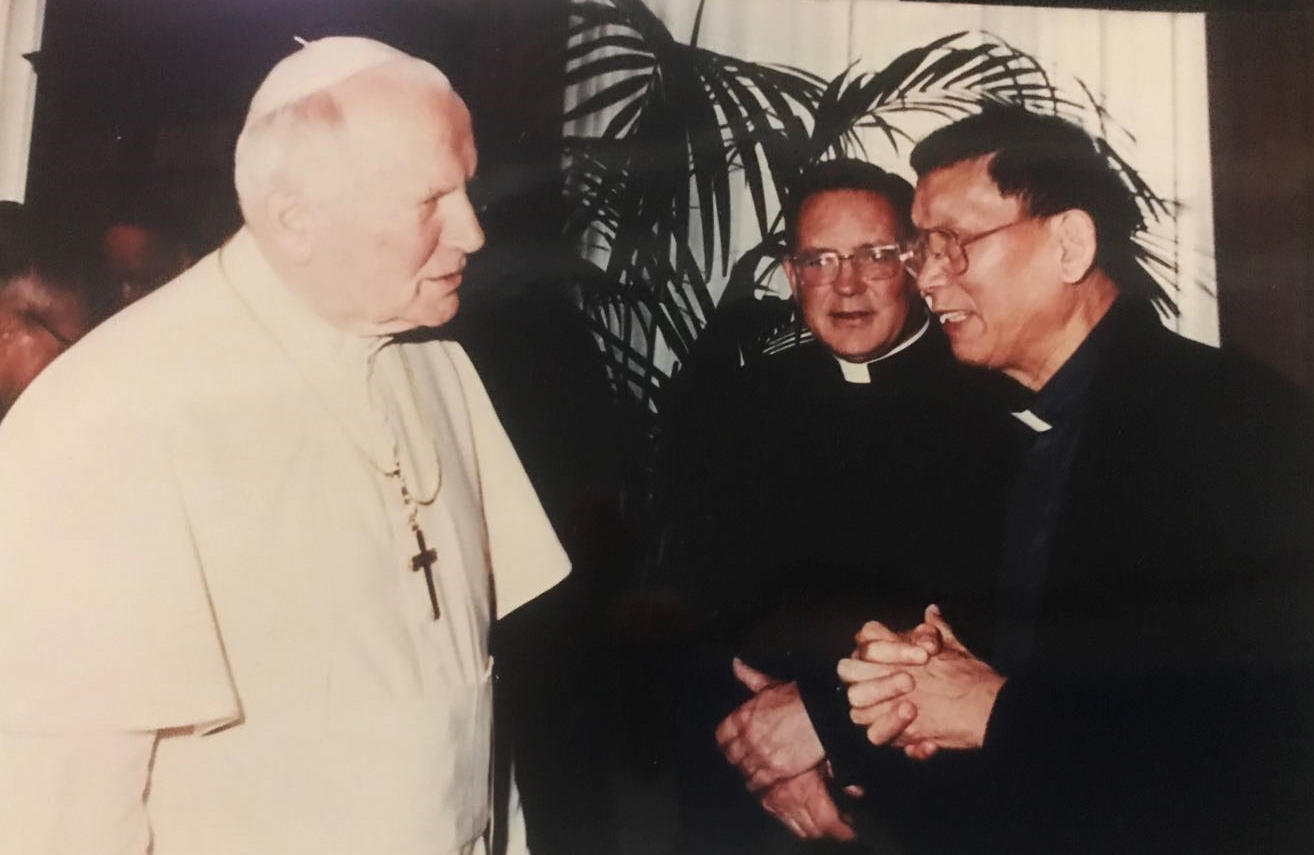 When finally he did return to Hanyang in 1978, he came as a dignitary of a foreign nation. Local authorities in China often honour the return of such a son or daughter. His was marked with a major upgrade of the road from the city to the village of his birth.

There were to be two more visits in 1987 and 2000, after which his family was able to keep contact with him. Two of them paid a visit during his final years, but after he could no longer speak, news of his welfare dried up, as the language barrier forbad further communication with the nursing home well before his death.

The people sang gustily at his memorial Mass and a Sister Rosa Yu played the organ. A relative or not is not known, but maybe she would have claimed it, at least for that one special day of thanksgiving for a son of Yu Jia Ji, who had shared the faith of the tiny community in the far flung reaches of the Australian landscape.

The son of a school teacher from the banks of the Han River, Fr Joseph Yu Kehang became an inadvertent missionary far from the waters that ebb past the place of his birth, but continues to live in the hearts and minds of the people he left behind so many decades ago.

He was buried on October 30 from the parish he had learned to call home. May he rest in peace.

Listen to Mourning an inadvertent missionary