The drug corporations that kill 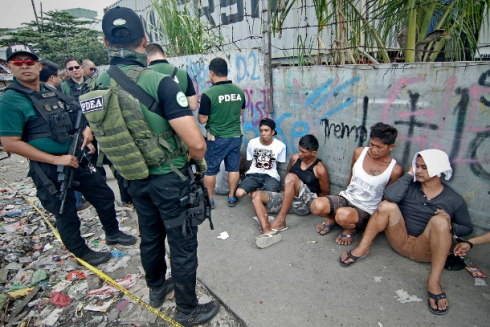 His name was Arnel. He was a bright, intelligent, fun-loving student and he was brilliant at maths. He wanted to be an engineer and work at the U.S. Navy base in Subic Bay in the Philippines.

He was my student, but the fun went out of Arnel's life, like that of so many other bright students, when his parents broke up.

Arnel's father found a bar girl from one of the sex bars in the city. It was sin city then populated by American sailors who had sex slaves, children and women, and drugs.

It was one of the reasons I started and led a successful campaign to remove and convert the former U.S. bases to economic zones.

Despite rampant corruption at the start, it is now a resounding success.

Family breakups and divorce are devastating for children. They feel abandoned, confused and depressed.

Ariel became despondent and filled with emotional pain. The shame of his father's abandonment hurt him. He stayed away from friends, he lost interest in his studies and became moody.

He sought a damaging refuge in marijuana. He was soon addicted like the millions of people around the world who are in pain because of infidelity, betrayal and the rejection of others.

They use pain killers as a form of self-medication. It is a short fix but the pain remains. It is one cause of addiction.

Arnel's addiction and that of many others of my students in Olongapo City moved me to provide a refuge and rehabilitation center for young drug dependents.

It was also during the Marcos regime when they shot drug dependents to death.

I began the Preda Foundation 45 years ago in 1974 to give sanctuary and rehabilitation to young people who found drugs their only refuge.

To date, hundreds of youth and children who were in dire circumstances are being helped. Arnel was cured and became an engineer.

Among the biggest drug pushers that are said to be destroying thousands of lives are pharmaceutical corporations.

They are accused of making powerful pain-killing drugs and distribute them, without care or warning, to the public.

In Canada, more than 10,300 Canadians died as a result of apparent opioid-related overdoses between January 2016 and September 2018.

There are at least 400,000 Americans who have died in the past 20 years as a result of an overdose.

The various drug companies are pushing their dangerous drugs by giving gifts to doctors to prescribe them frequently. It continues to create addiction.

In Oklahoma, Johnson & Johnson has been accused in court of causing drug deaths by "a cynical, deceitful multimillion-dollar brainwashing campaign" to spur sales and promote fentanyl.

There are about 2,000 other court cases pending in the United States against drug corporations.

Cannabis or marijuana is one of the most widely used drugs in the world today. It is the drug that Ariel fell for, and its effects on him were frighteningly traumatic.

The inability of authorities to control the availability of cannabis has caused some governments to legalize it. This, some say, will take criminality out of its use and keep the youth out of jail.

Meanwhile, marijuana growers have developed stronger and more potent strains and varieties of the plant that are now more dangerous.

A recent study showed that teenagers who smoke marijuana frequently suffer a slow-down in brain development. Another study revealed that the active chemical in cannabis, tetrahydrocannabinol, can cause schizophrenia.

Killing suspects is not the answer. Drug use is a health challenge and we have to care and help all those addicted by irresponsible use of pain killers

Columban Fr Shay Cullen SSC has been a missionary in the Philippines since 1969 and is the founder of *PREDA (People’s Recovery, Empowerment Development Assistance Foundation)
www.preda.org