What’s in a tattoo? 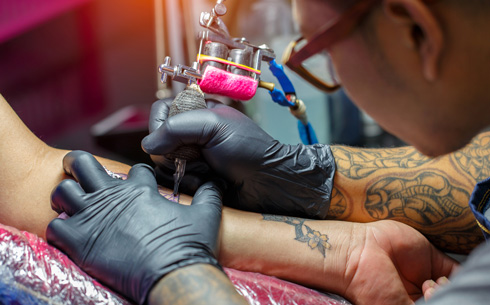 One of my roles in the Columban Lay Missionary office is to accompany Lay missionaries to medical check-ups. During our time together many stories are shared.

Last year, Columban Lay Missionary, Liliani Maafu, shared the story of what happened while travelling to work in a jeepney.

Three years on Liliani is still working in the Philippines. This is her story…

One morning Liliani travelled to her ministry in a jeepney (bus). When she paid her fare, the driver asked her if she was a foreigner. She said she was a local but he did not believe her because of her accent. She told him she had been away for quite a while, hence, the accent.

The jeepney ride continued and he noticed her T-shirt with the Columban logo on it. “Are you a missionary?” he asked, and with quiet pride she said yes. “Why do you serve the Lord?” he asked. She was taken aback and kept quiet for a while to gather her thoughts and then she said “because this is the right thing to do”.

After a few minutes of silence, he noticed and pointed at her right wrist and asked, “Is that a tattoo?” She nodded. He looked surprised and incredulous and asked, “Why does a nice lady like you have a tattoo?” She looked at him perplexed and said, “Why not?”

The driver went on to say that he had always had a bad impression of girls sporting tattoos. In his opinion women with tattoos were loose and not supposed to serve the Lord. “Yet here you are, a nice lady with a tattoo serving the Lord.”

And when she looked at him, she saw that he was also sporting tattoos on his arms up to his shoulders. She asked him “Why do you say women with tattoos are loose when you yourself have tattoos?” He said, “Ooh, this is different. I can have tattoos because I do not serve the Lord.” “That is not true,” said she. “We can serve the Lord in many ways.”

“What difference does a tattoo make to a person?”

What is important to the Lord is the heart – what is in one’s heart, not how one looks like on the outside.

The Lord doesn’t see things the way we see them. 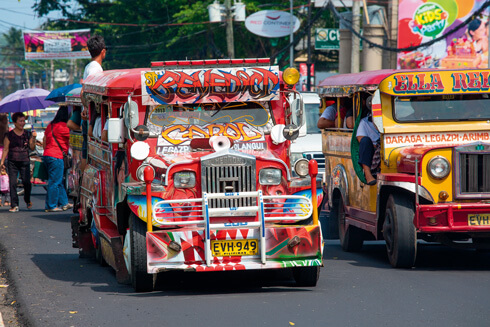 After a very long pause he said “Now, I will never look at women with tattoos the way I used to. Thank you.”

Liliani’s heart rejoiced with this enlightenment.

Back in Tonga, tattoos are quite common among men. It is a cultural thing. But tattoos are not common among girls and women. When Liliani was in high school, she met a girl from another island who was in the same class as her. They became close and as a sign of their newfound friendship they vowed to have their names tattooed on each other. Young and foolish, the promise was just a halfhearted one but when classes ended, and just before going back home, her friend dragged her along to see a tattoo artist to have the tattoo they had promised each other.

Her friend went under the needle first and she had Liliani tattooed on her back. Still unsure that she really did want a tattoo, and afraid that her father may see it, Liliani had Melania Waqa inked on her right wrist. Today she sees the tattoo as a piece of art and symbol of their friendship.

After the death of her father a few years back, four of her brothers had their father’s name Sikifi tattooed on their bodies and Liliani followed soon after.

Putting her father’s name on her wrist was to honour him and to let him know that he may be gone but he will never be forgotten.

That’s what’s in a tattoo.

Listen to What's in a tattoo?