A Catholic - who lives in Wuhan and must remain anonymous - gives a first-hand account of the situation in the city at the centre of the coronavirus infection. 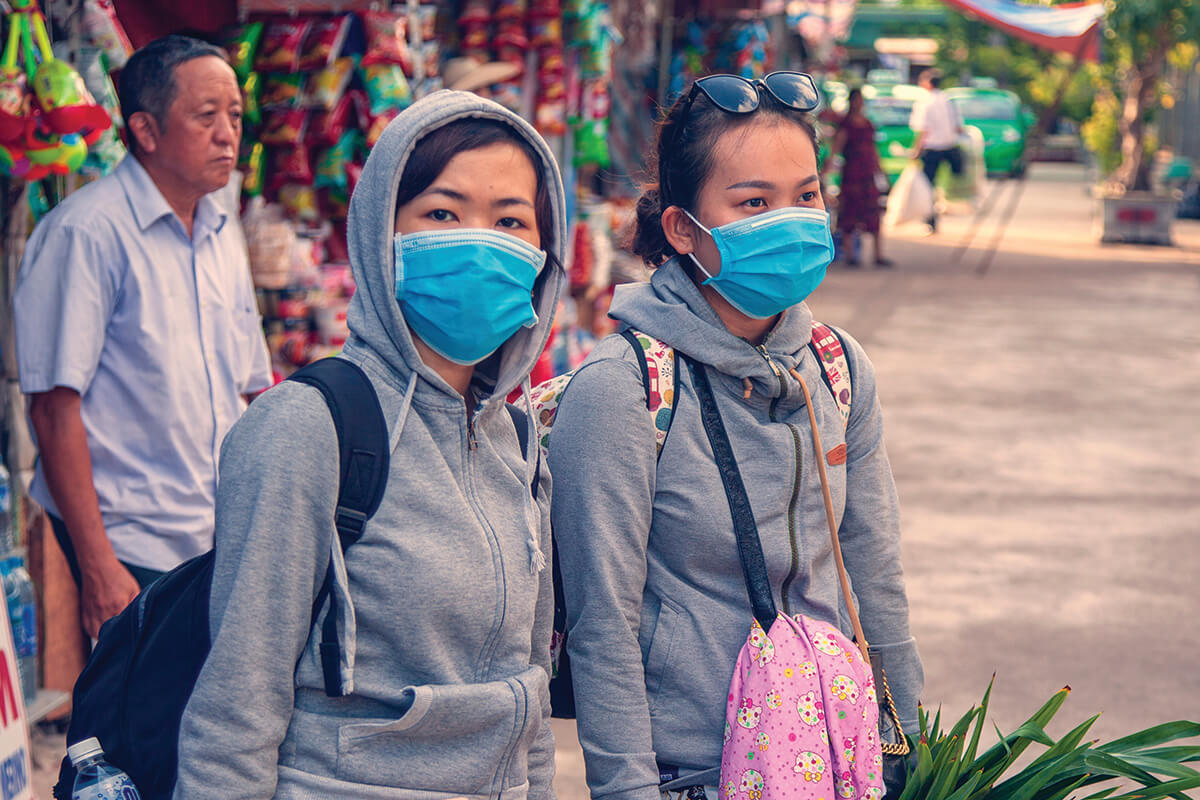 Wednesday, January, 22 in Wuhan seems like a long time ago when viewed from this stage of the unfolding story of the coronavirus. That evening, the 22nd of January, I was with a Chinese Catholic family at a restaurant in the centre of the city as they gathered to celebrate the New Year. The meal for the extended family was taking place two nights before we would welcome the Year of the Rat. The coronavirus was discussed during the meal. With a retired doctor and her son, also a doctor, among those gathered at the meal, it was agreed that the situation about the coronavirus needed to be given more attention in Wuhan. However, the issue did not take up too much of our time because we also talked about many other events of the past year, mainly in a light-hearted way.

The previous day President Xi Jinping had spoken about the coronavirus. An engagement like this by the president usually indicates that a serious plan is about to take effect. On this occasion, we were not left waiting too long to find out the details.

By Thursday morning at 10 o'clock, Wuhan had changed in a way that seemed unthinkable a few days earlier. All public transport was suspended. Later in the day the airport was closed. Long-distance buses and train services were also suspended. Leaving the city by one's own transport was also curtailed. A decision about travel restriction like this in a city of 10 million people was surely a brave call. By Saturday the restrictions were tightened further with the announcement that all private cars and taxis were not allowed on the roads. Exceptions have been made in special circumstances. On Monday morning a recommendation was made that people stay in their homes unless they had good reason to go out.

Supermarkets remain open and food is available. Most other premises are closed, something that would have happened in any case for the first few days of the New Year.

This morning the number of deaths has climbed to over 100 and the number of diagnosed cases is above 3,000. Unfortunately, it is likely that these numbers will rise further over the next few days.

Wuhan is a city with 1.2 million university students, just as many migrant workers and large numbers of other people who yearn to return to their ancestral village for the New Year celebration. Millions of people had already left Wuhan before the travel restrictions came into effect. The incubation period for the coronavirus is estimated at anywhere between 3 to 10 days. In a worst-case scenario there is potential for a massive spreading of the virus by those who departed the city prior to the 23rd of January. The full extent of that threat is something that we still await as the incubation period edges closer to its conclusion for those who had already departed. Friends in smaller cities around Wuhan and even in towns and villages located hundreds of miles away from here have told me that strict travel restrictions have also been put in place in their areas. The issue is being taken seriously all over China.

A further indication of the government's determination to address the issue can be gauged by the fact that tonight's main news on national television gave 25 minutes to coverage of the coronavirus story. The message is clear. This is now a national issue of the highest importance.

Local details can also give an insight into the mood of the people. Last night at 8 o'clock the silence of this area of Wuhan was broken by the steady increasing volume of spontaneous chanting. A few people had opened their apartment windows and gave full voice to encourage the city to persevere in facing its current plight. The phrase "Wuhan, jia you", is what would normally be shouted by supporters of the city's football team as encouragement during a game. In this case, there is no football game but the growing chorus of voices from apartment windows last night continued for five minutes and highlighted that there is a unity of purpose for the common cause that is facing the people.

Several hospitals have been assigned to receive patients who have contracted the coronavirus. Other patients were moved out of these hospitals in preparation for the arrival of the new patients.

An interesting detail from the perspective of the Church is that the former hospital of the Missionary Sisters of St. Columban, now known Wuhan's Number Five Hospital, was designated as one of the hospitals to receive coronavirus patients.

Those who worked so faithfully to establish the hospital almost one hundred years ago would surely appreciate that their facility is now at the centre of the response in an hour of great need for the people of China.

Restricting the spread of the virus might actually be easier during this holiday period compared to any other time of the year. Most people are away from work or school at this time and would usually be spending some days at home. Asking them to stay indoors is reasonably close to what would actually be happening for them at this time of the year.

While there is no ban on people going outdoors in Wuhan, the tiny numbers of people on the street indicate that they are cooperating in a massive collective undertaking. If this is being repeated across the country, there is a real possibility that the numbers of new infections will be dramatically reduced.

In recent years China has undertaken projects that have made headlines at an international level. The 2008 Beijing Olympics showed how China can host a sporting even as good as any other country. The ever-expanding high-speed train system has transformed travel within the country and is now the most extensive network of its kind in the world. The 2019 touchdown of a Chinese lander and rover on the far side of the moon was hailed by international peers as a huge technical achievement. These early weeks of 2020 are providing a challenge that rivals any of those undertakings.

We are in the middle of an event that has already had life and death consequences for many people. If the situation goes out of control, Chinese people will be bitterly disappointed. If such a situation emerges, I hope the international community will avoid blame and assure the Chinese people that there is a deep level of understanding for their plight. If China can actually bring the problem under control during the next few days, I hope the international community will acknowledge China's ability to coordinate an emergency response that involves the genuine cooperation of over a billion people. Such an unfolding of events might show the international community how cooperation at a huge level could address other complex issues on the planet that we all call home.

During these important days, we continue to wait patiently and we continue to allow the streets of the city to be empty. We do this in the hope that the holiday period in China will gradually give way to brighter days when we can once again meet with friends to talk about the celebration of a New Year that has been unlike all others.

Listen to A New Year like no other in Wuhan