Bishop Vincent Long urges the government to do what is right by taking urgent action on climate. 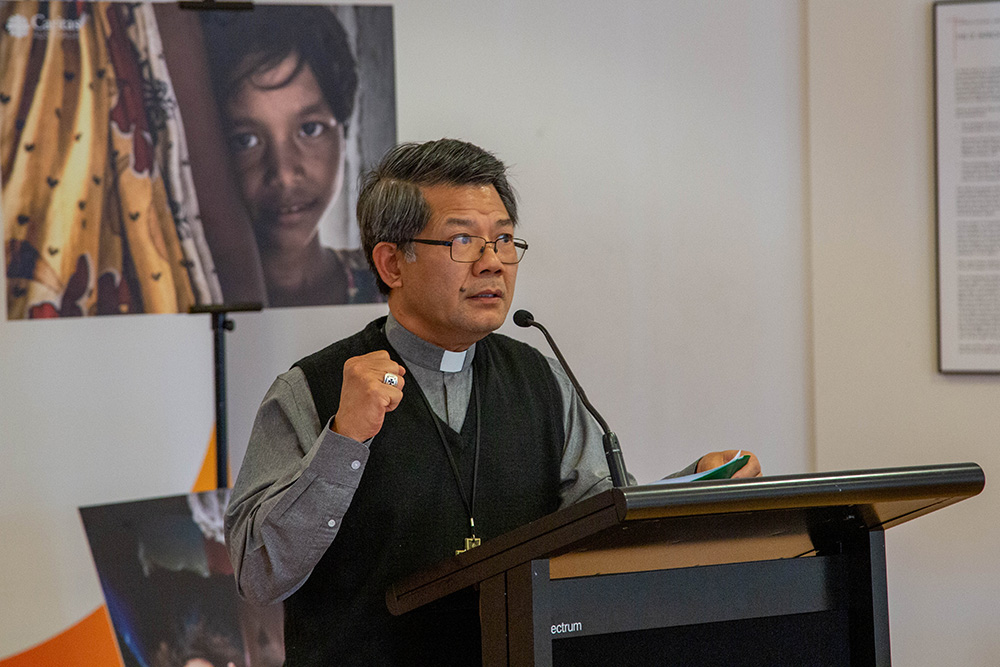 Bishop Vincent Long OFM Conv has granted the following interview on 14 January 2020 to Verlagsgruppe Bistumspresse, a conglomerate of 12 Catholic newspapers produced across Germany.

Bishop Vincent is the Bishop of Parramatta and the Chair, Bishops Commission for Social Justice: Service and Mission, Australian Catholic Bishops Conference.

Verlagsgruppe Bistumspresse: What is your view on the horrible fire crisis in Australia? How much does it scare you?

+Bishop Vincent Long: It has been a catastrophic summer for Australia. Dozens of people have died, and thousands of properties have been destroyed in the unprecedented bushfire crisis. Countless creatures, including precious livestock, have perished, or even become extinct and their habitats are decimated. Entire towns have been annihilated and livelihoods irreparably damaged. Despite the best efforts of volunteer firefighters, fire brigades, emergency services, and the military, the destruction is likely to continue for some time yet. There is little doubt that these fires and the drought have been made worse by human activities such as deforestation and burning fossil fuels.

This is a national catastrophe and the scary thing is that the worst might not be over. Beyond the expressions of sympathy and solidarity, there is yet to emerge a clear, resolute and courageous policy forward. This is what concerns the majority of Australians, myself included.

VB: What is your opinion on the government and especially on Prime Minister Scott Morrison’s handling of the crisis?

+Vincent: The policy directions in relation to cutting carbon emissions that the government has chosen in recent times go against the signs of the times, international agreements, the advice of scientists and even emergency services chiefs. These have been very clear that the bushfires have been made much worse by human-induced climate change. Yet the government has not even acknowledged this. Australia’s current climate policies are viewed globally as among the worst in the world.

As a nation, we cannot claim to be a responsible global citizen in addressing the moral challenge of our age while we lag behind other nations on climate action and continue to subsidise old polluting industries. It is true that we are only responsible for a comparatively small amount of carbon emissions. But it is no reason not to act and to show leadership. Australia has always prided itself on punching above its weight. As Sir David Attenborough remarked that we are the keepers of an extraordinary section of the surface of this planet, including the Great Barrier Reef, and what we say, what we do, really matters.

This is a time to repair damage done to people, places, creatures, our communities and the earth. It will require both personal and political will in the immediate and longer terms. This is a time to transform our way of understanding the world, our place in it, and our way of living – our very cosmology.

The bushfire crisis should serve as a wake-up call to Australia and all Australians. It should serve also as a catalyst for global action on climate change.

VB: In how far should the government change their energy politics?

+Vincent: We urge the government to do what is right for the country, its people and the planet. The Australian Academy of Science, an independent and authoritative scientific adviser to the parliament and to the nation, has appealed for urgent action on climate.

Uniting behind the science, instead of hiding behind the misinformation peddled by vested interests, the government must do what this moment in history calls for. As Professor John Shine, President of the above-mentioned Academy writes:  “We must improve our understanding of fire behaviour and other adverse weather events, and we must continually develop new technologies, practices and behaviours to assist our nation to respond and adapt to, manage, and mitigate against such extreme events. All the while, Australia must take stronger action as it’s part of the worldwide commitment to limit global warming to 1.5° C above the long-term average to reduce the worst impacts of climate change.”

Only when we as a nation are doing our fair share can we rightly expect other nations to act also.

VB: What can the Catholic church do to influence the government and to protect the Australians better and to give them a good future?

+Vincent: The Catholic Church in Australia has called for a national response in addition to the practical help and support. Immediate responses are required now, but we cannot ignore or put off any longer the many other things that are needed too. We need urgent action to address climate justice and to care for our common home in order to prevent such calamities in the future. Courageous, informed and decisive leadership is needed to galvanise whole populations to adopt ways of thinking and living that are crucial in saving our planet from total devastation.

We call upon policy makers to remember we only have the one home that we must care and protect.

VB: What could and should every Christian do to fight the climate crisis and to keep the world a liveable place?

+Vincent: As above, we should care for our common home.

Even for those who do not see a climate crisis, we should always act with care and respect towards the environment.

Our environmental resources are finite and must be protected.

VB: In how far can our belief in God help us to cope with the climate crisis and to fight it?

+Vincent: Four years ago, Pope Francis issued an encyclical on the environment and called for an “ecological conversion”, meaning a deep communion with all things that surround us. In that prophetic document, we have a blueprint for a sustainable future that is based on respect and love for this beautiful planet. The encyclical is offered to us as timely reminder that we humans are part of the interconnected cosmic web of creation and we need to live in harmony with it.

Today, we are also challenged to move beyond old patterns of living and behavior, both individually and collectively. In the light of the ecological crisis that demands a conversion of heart and a change of lifestyle, we must have the courage to align ourselves with God’s plan for the world. Only by acting in the best interests of the environment, of the poor and of future generations can we save this planet from devastation. 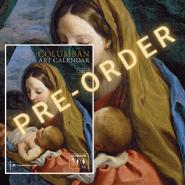